You See the Shiny Hiney Once it Was Shiny Again? 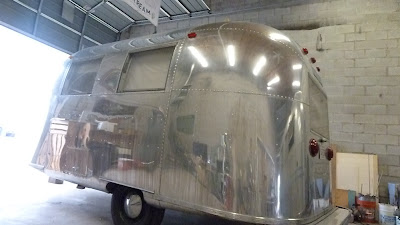 A few weeks back we had a sexy 1966 Caravel come in for some repairs, but mostly to have her polish touched up. It had been three years since it was done last and this past Spring, tire wash was used at a car wash instead of pre wash. The tire cleaner had left very strong streaks down the sides. 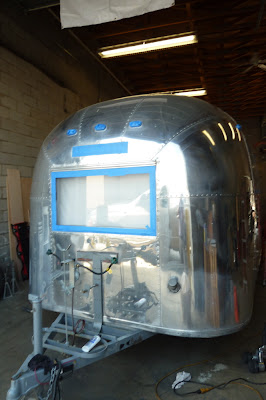 We began by taping off all of the items not wanting to be polished or turned black by all the aluminum oxide we were going to sling around. The windows were a big concern as I did not want to risk damaging them. Every window in the Hiney were the original Corning chemically tempered glass. 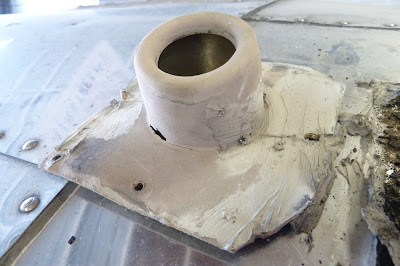 We also removed all the vent stacks from the roof, because they were all toast due to too much sun and time. Many cracks and many leaks were a result. 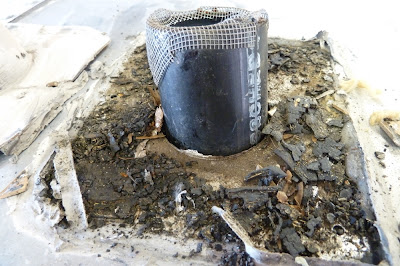 Just look at all that crap under it. How is that supposed to keep the rain out? 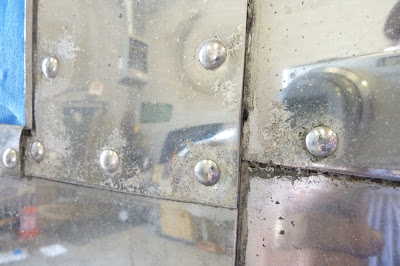 Though three years ago she was polished, the job was not the best. The main areas were shiny, but the detail work was far from acceptable. Everything is in the details. In this era of trailer clear coat was used and it has all failed by now. Depending on when the owner realized this, depends on the severity of filiform corrosion caused by the clear coat failure. As you see above, a great deal of this stuff remained even after it was polished originally. 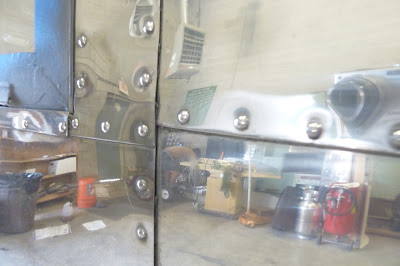 With a good deal of elbow grease and even more persistence it can all be made to go away. There still is some of this corrosion, but very little at eye level. Hopefully every touch up we do will remove more and more of this. 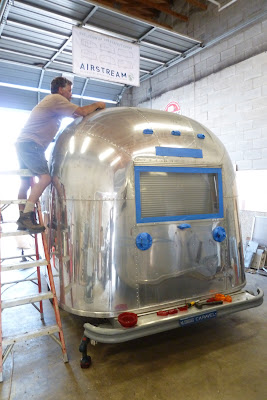 A word of advice, always start at the top and work down. 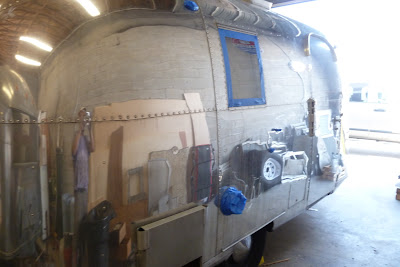 One panel at a time. 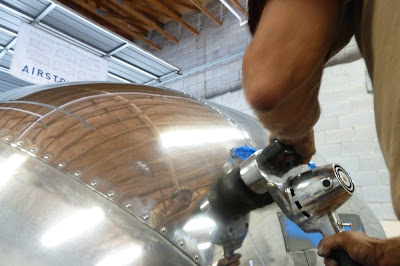 Persistence, perseverance, and determination will get you to the end. 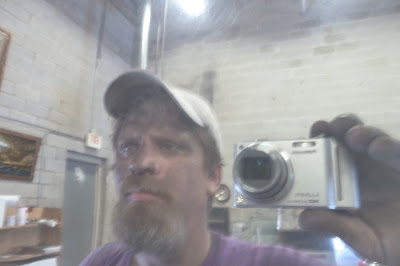 It is a dirty job as this photo will verify. I am not doing a Vaudeville black face act. Very dirty work, there is just no way around it. However in the end, it is all worth it. 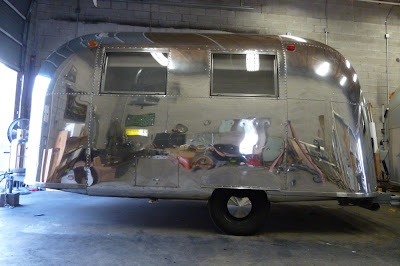