It has been a while since I posted. I must apologize. I did take a 10 day trip to Florida, but my nose has been to the grind stone none the less. In this post, I will just focus on the Caravel project. A few other jobs have snuck through the shop, but those will be later posts. 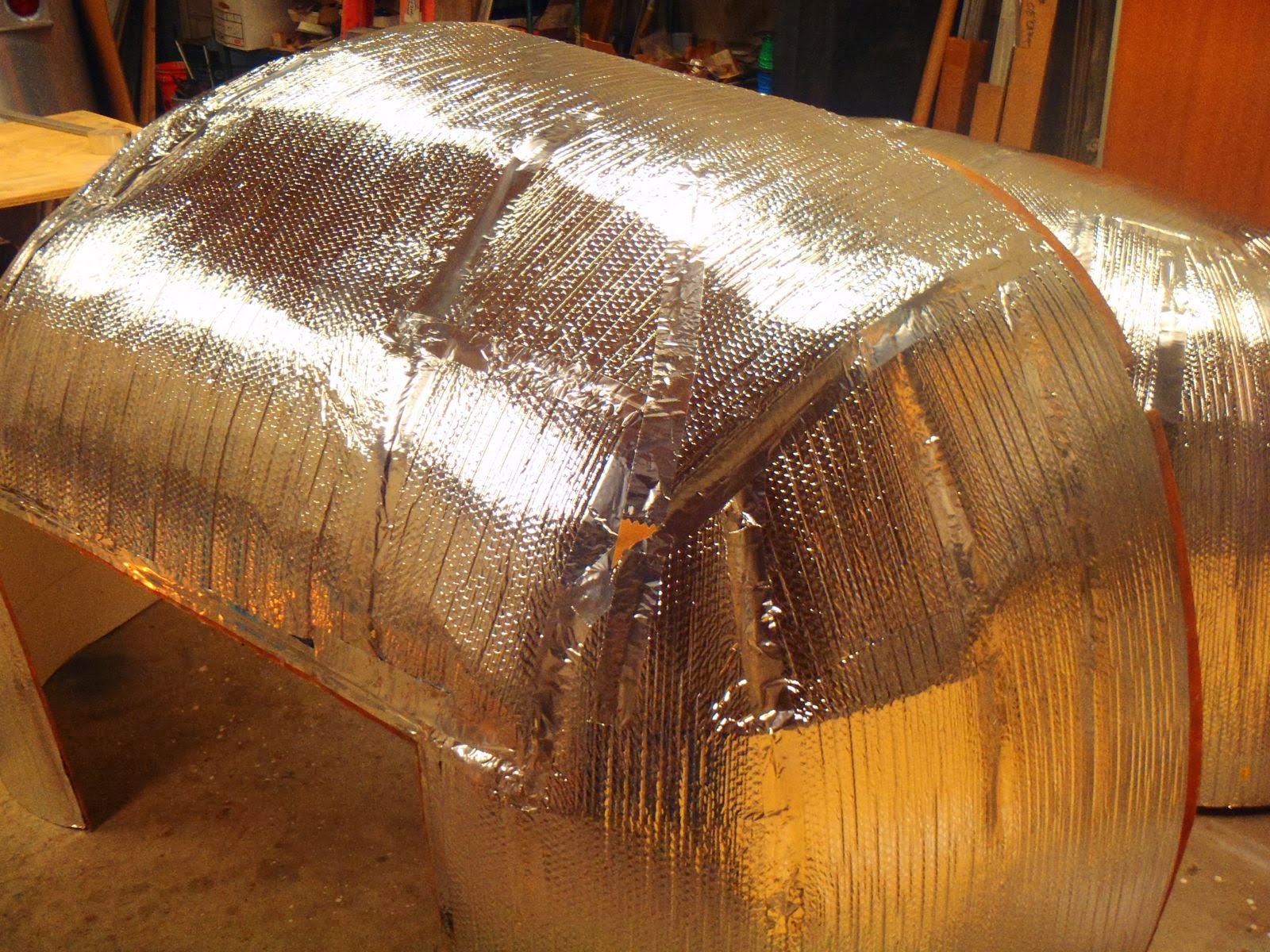 Insulation went in. I use a reflective type insulation. The results of two layers of this insulation has been rather dramatic. One layer goes against the exterior skin and one layer is against the interior skin. Above you see the end caps after they were covered with the insulation. 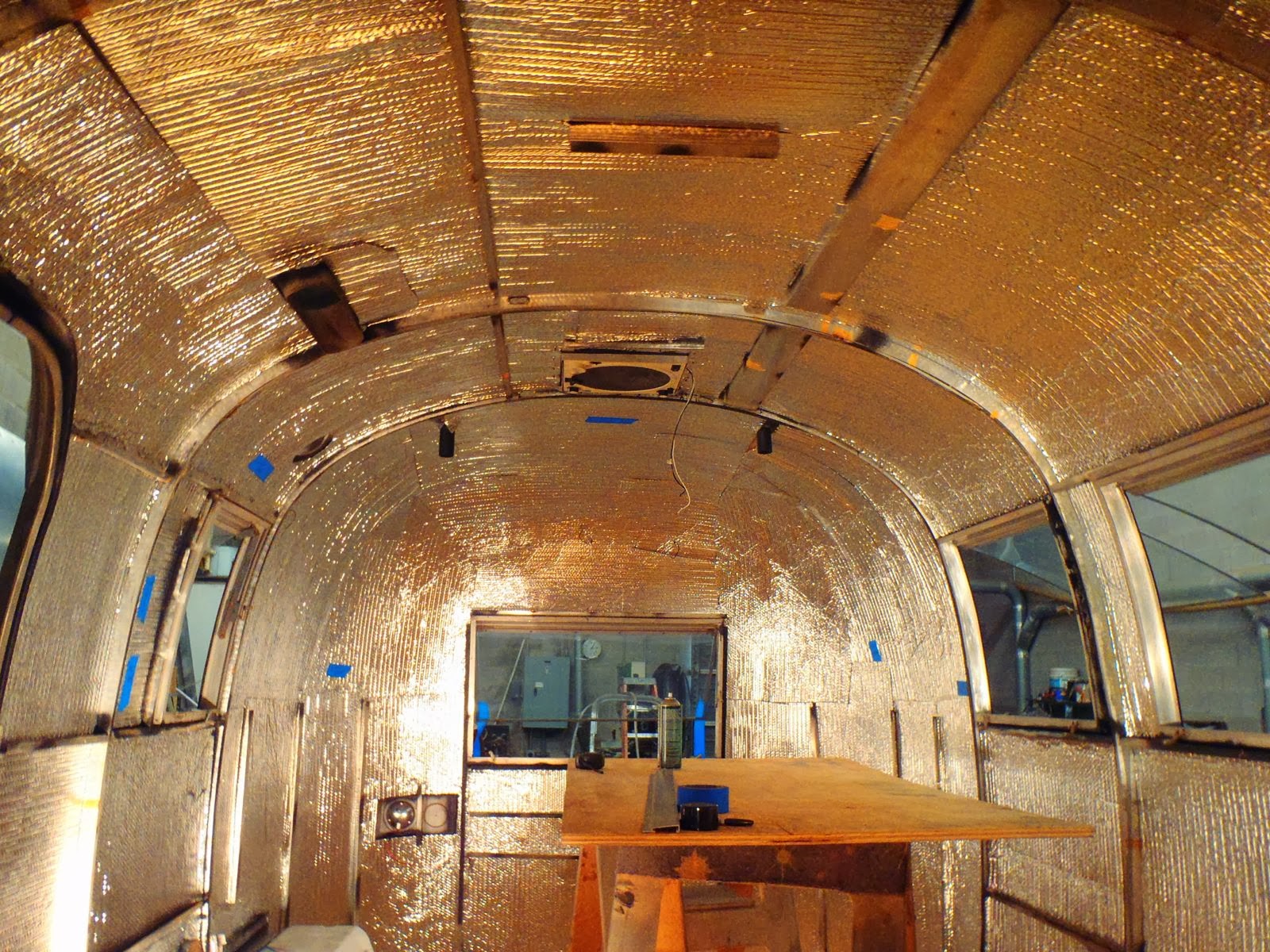 Here the first layer has been applied. Wiring comes next after this step, followed by another layer of insulation. After all of this, the end caps are put back in followed by all of the skins. You might notice I am describing fast. That is because I lack photos to show you all of this stuff. Some days I just forget to pick up the camera. 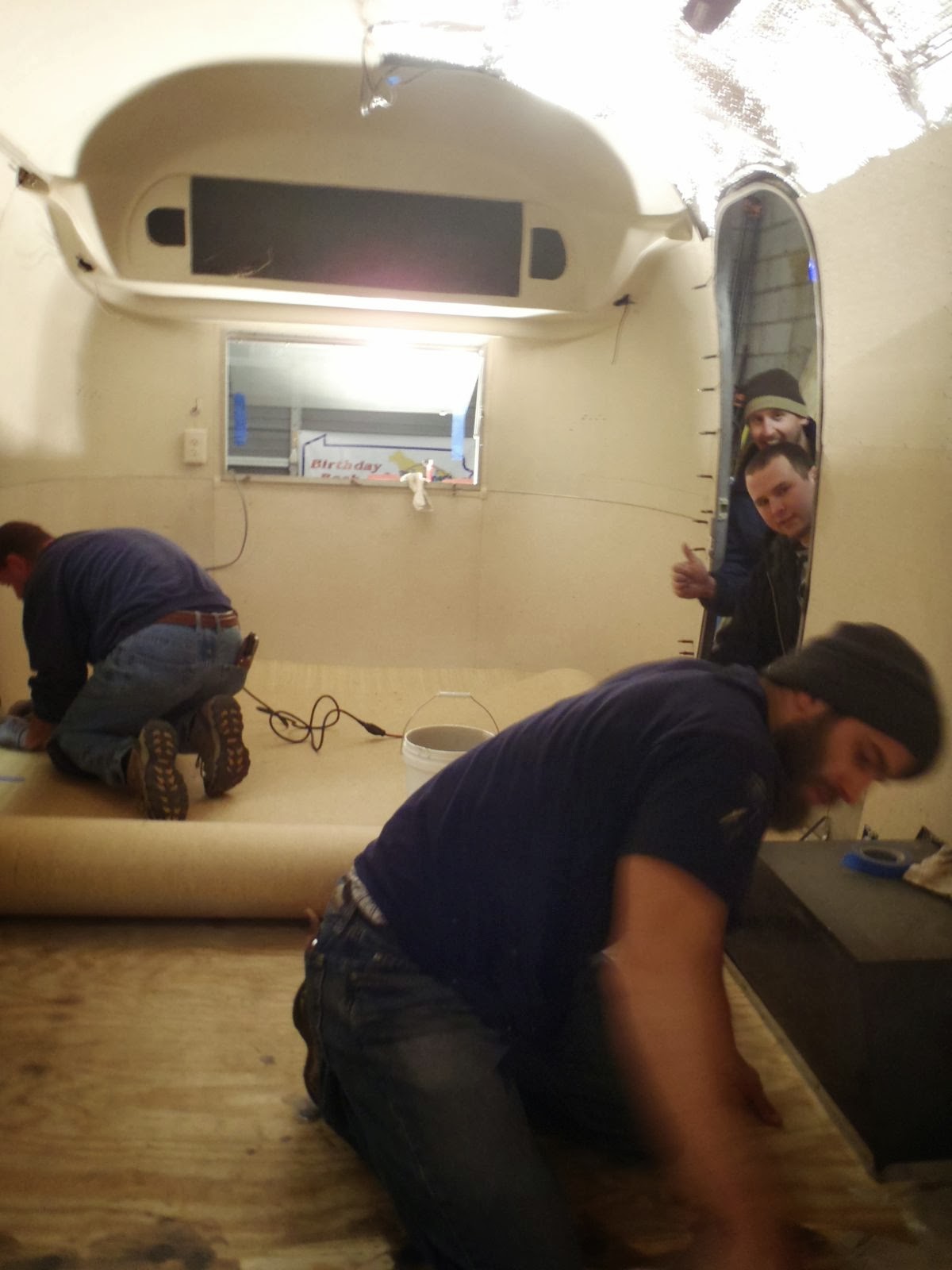 With all the interior pre wired and the skins all re installed, the focus shifted to the floor covering. Fortunately for me, the flooring company I share a fire wall with, now does Marmolium sheet goods. The boys came over and did their magic. It is rather unusual to have someone else working on my project in my shop. I just cannot do it all and now Forbo( the manufacturer of Marmolium) will only sell it to certified flooring companies. The process began with all the bolt holes being filled with an epoxy filler. Once set, they were scraped flush and sanded level. The next day, Brandon(in the front) and Ben(with his back to you) began fitting the sheet to the contours of the trailer. Two other guys from next door hung out and watched while Brandon and Ben did all the work. I watched too. Watching others work is a rare luxury for me. 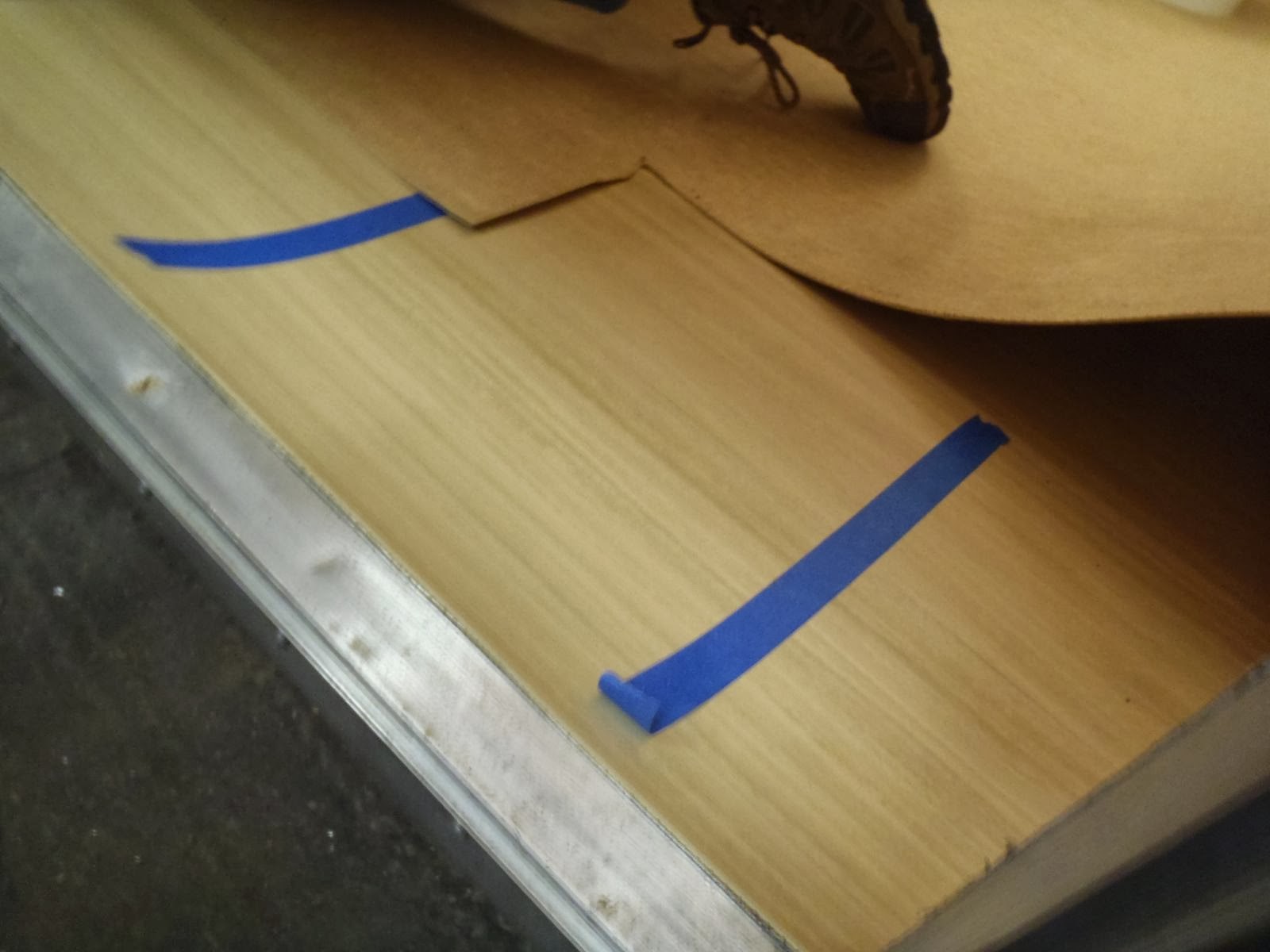 The sheet comes 6' 6" wide, so a piece needed to be welded on to the sheet. The welding actually takes place after it is installed. The welded seam will be entirely under cabinets so it will never actually be seen. 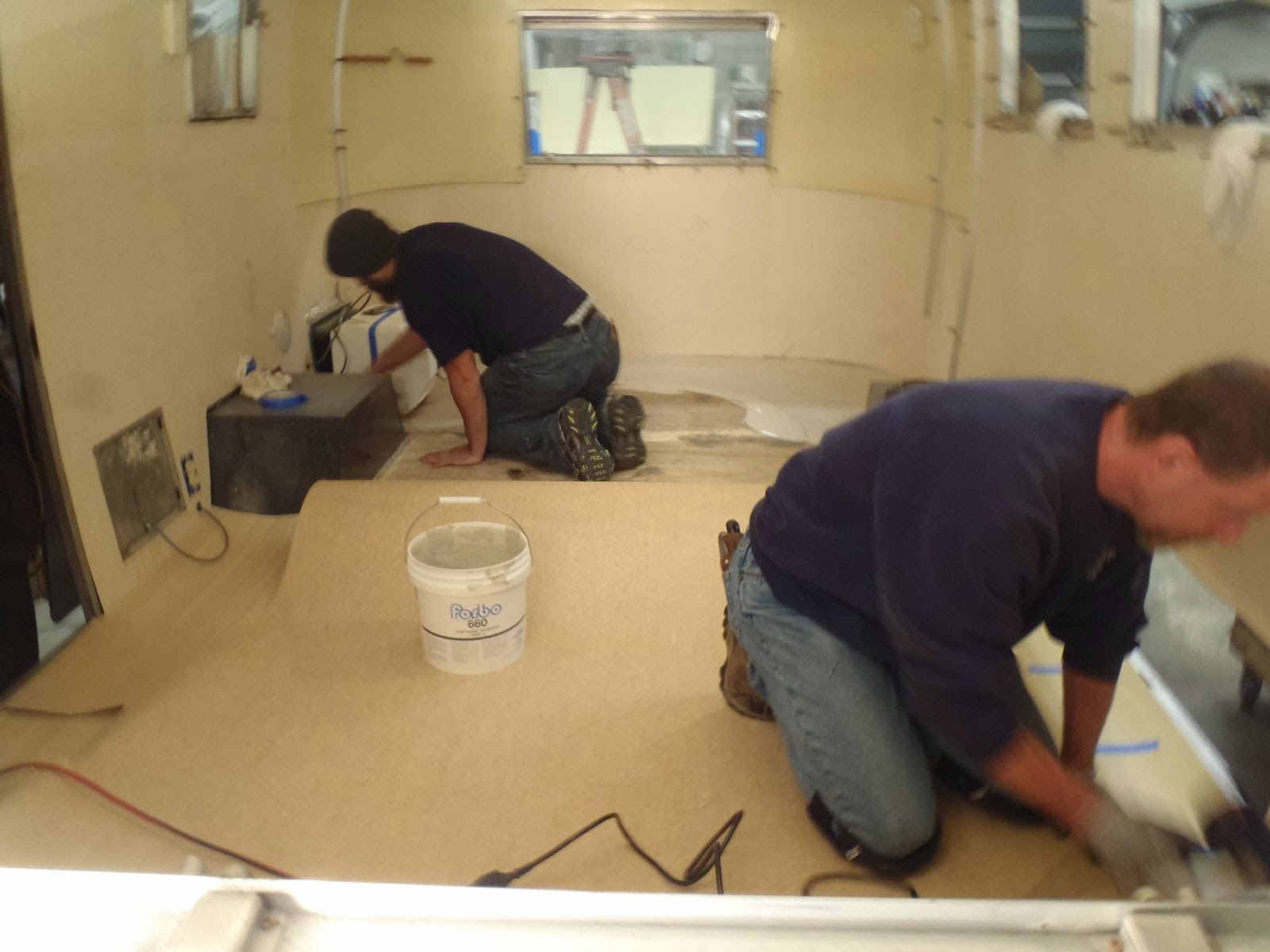 Once fitted, the sheet is rolled up and an epoxy adhesive is applied. This type of adhesive is a big bonus. Not only does it hold the floor covering down, it makes the plywood water proof. Some of this epoxy adhesive fell on the shop floor. It pulled up the concrete when I took it up. 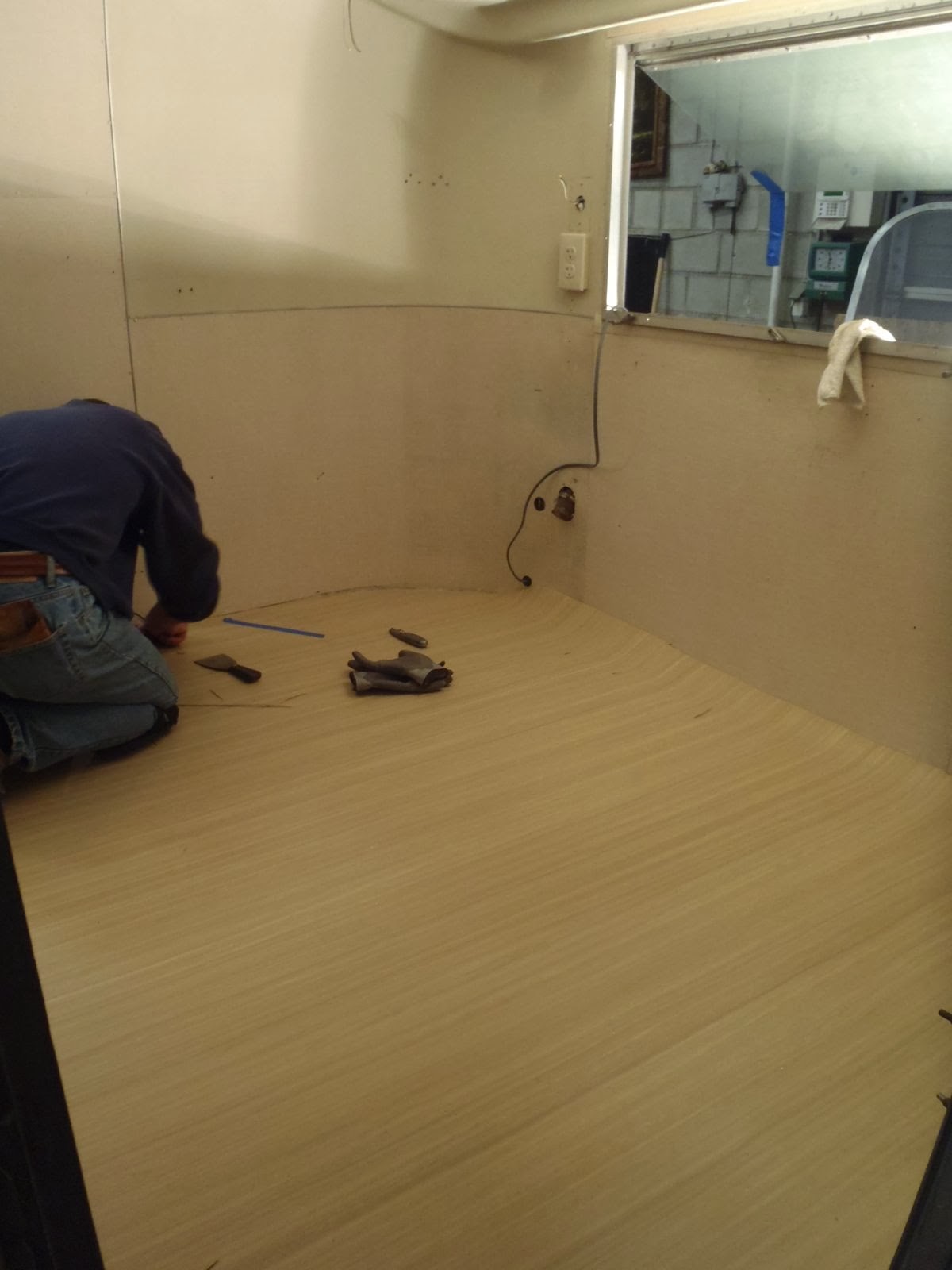 The sheet was then rolled down into place. A heavy steel roller was used. I wish I had taken a photo of it. It was medieval looking. 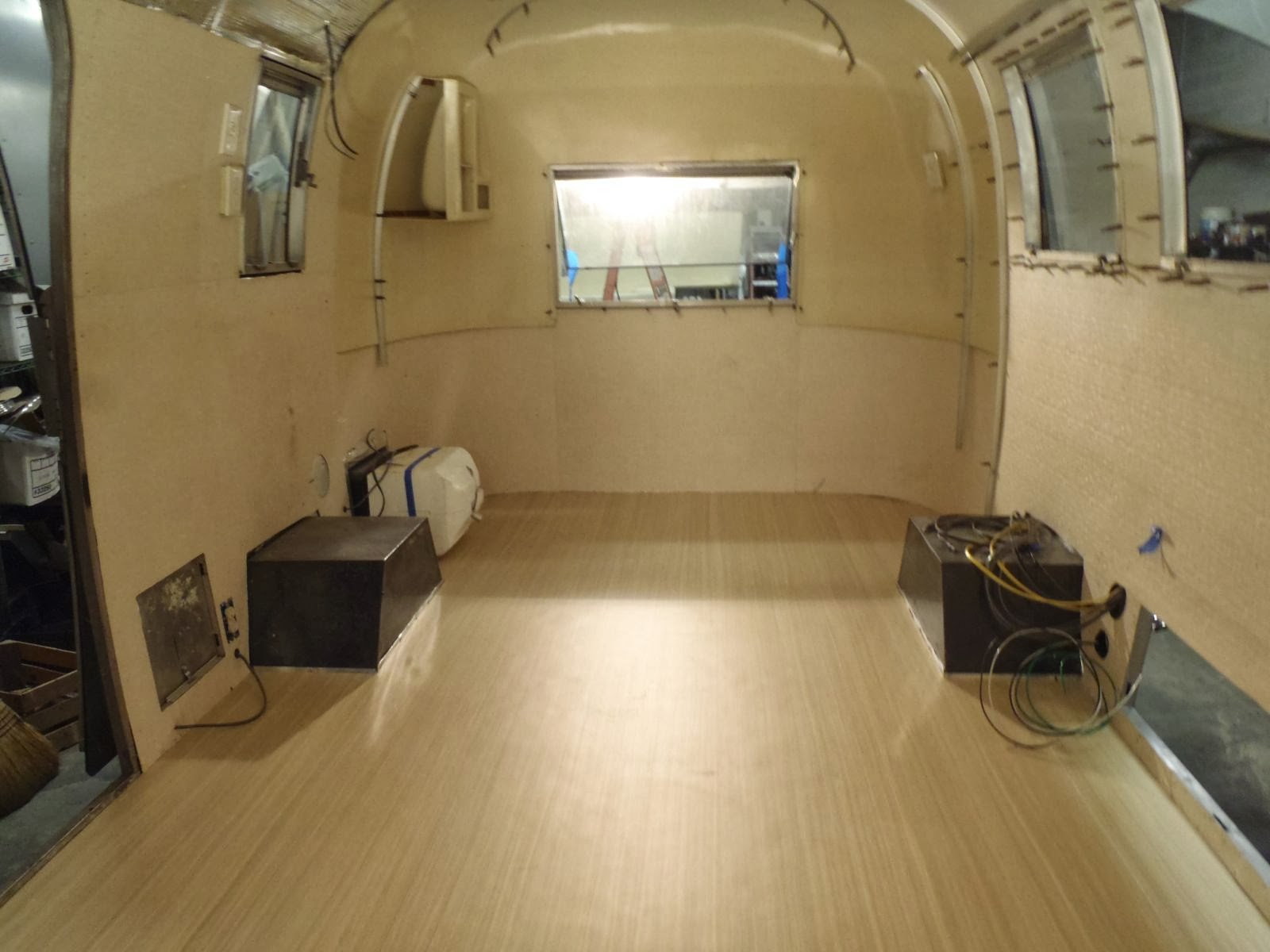 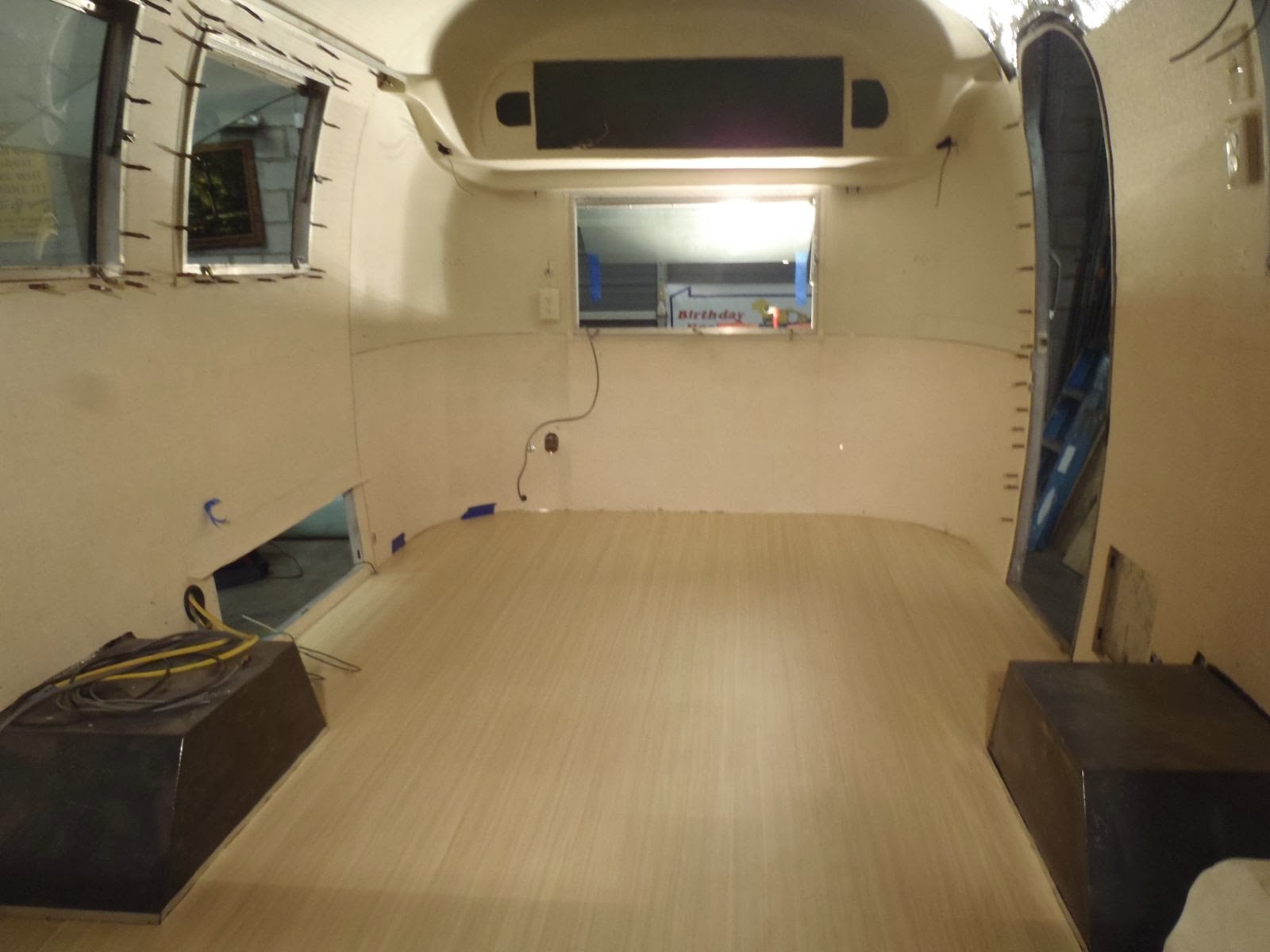