Music will be needed for this post. Take the time and watch the video, it will take you back for sure. Play it again as you read… 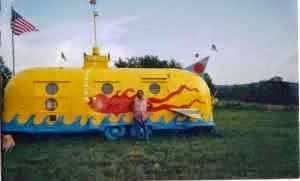 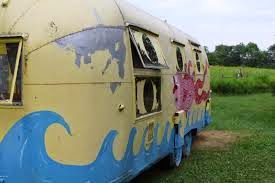 I simply do not know what to say. 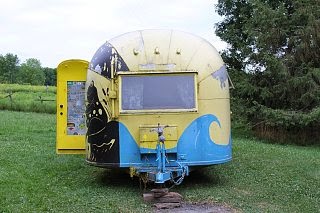 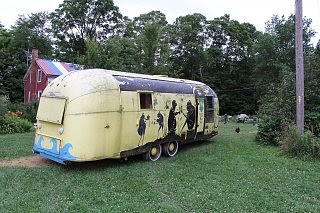 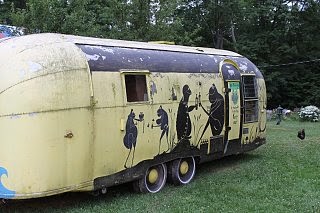 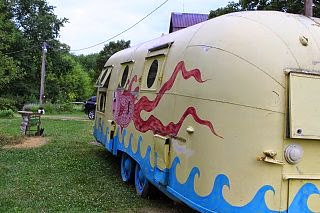 Maybe just too much LSD in the past. I just do not know what to think about this paint job.
Her new owners bought her this way. Their plan is to turn it into a guest cottage. They went at the paint removal. I think it took a lot more than they expected. 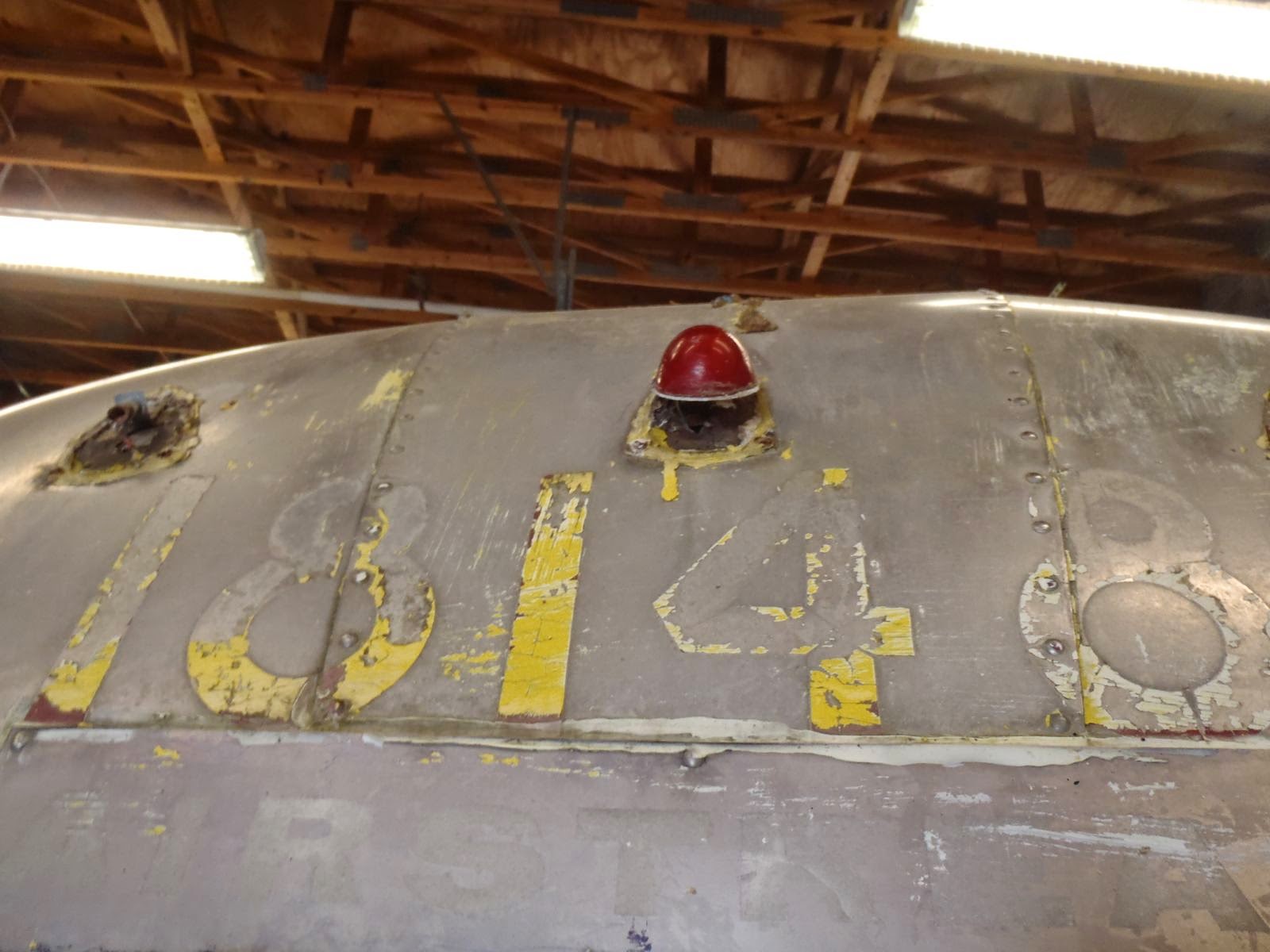 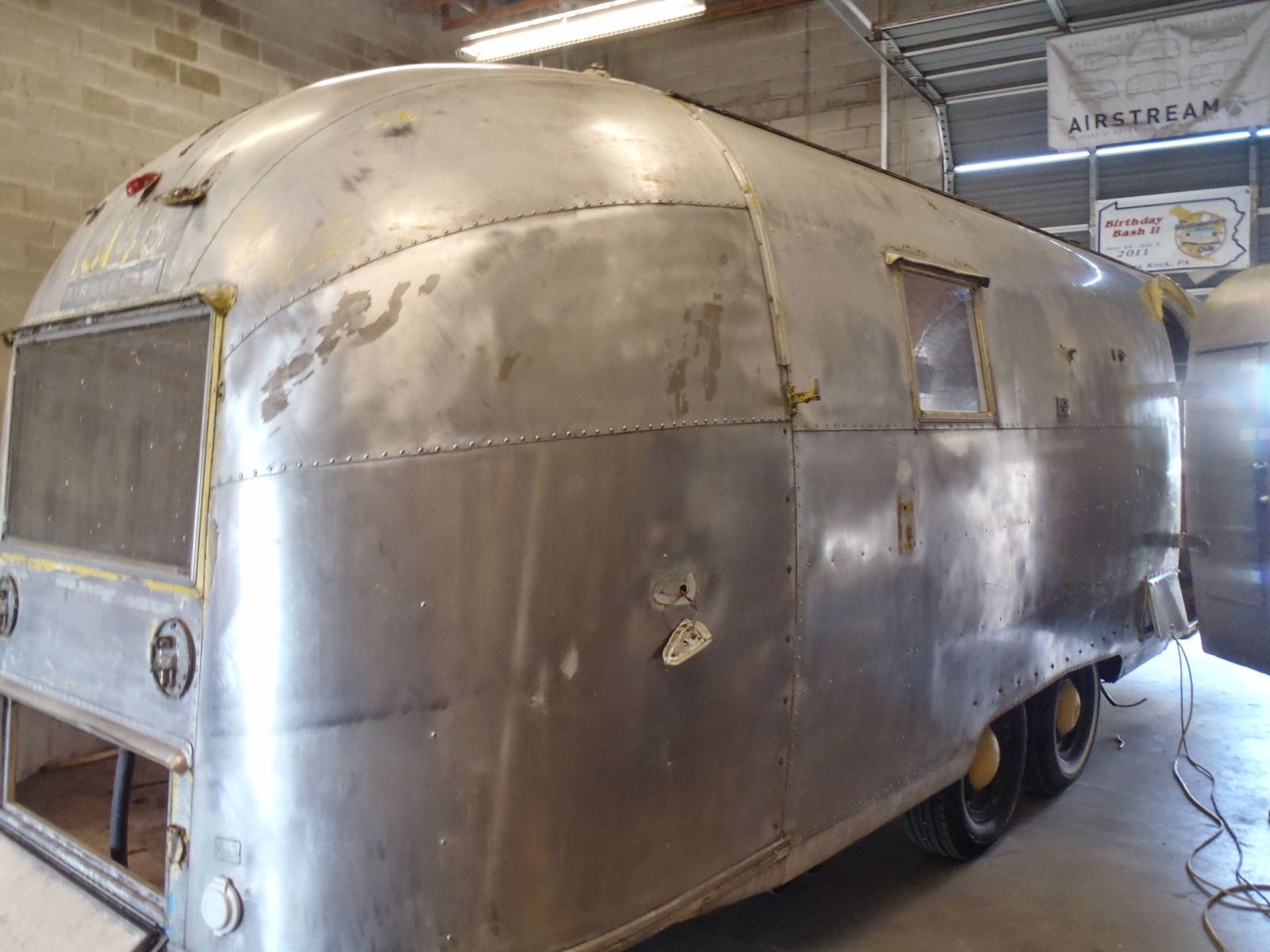 I think maybe the trailer was painted due to these chemical burns to the Alclad. It can be seen in many areas. I have never seen this sort of skin damage. It goes way down into the skin. 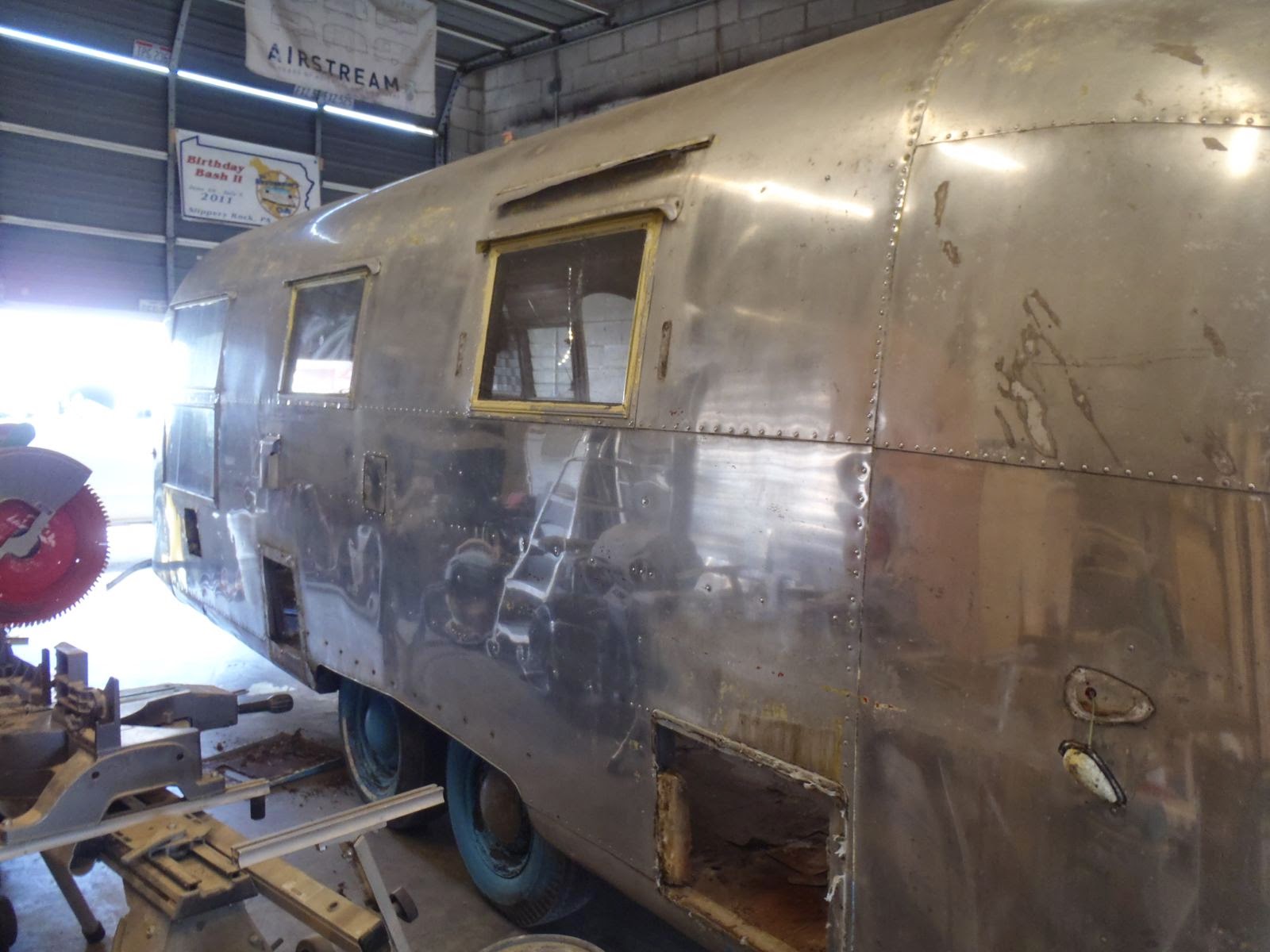 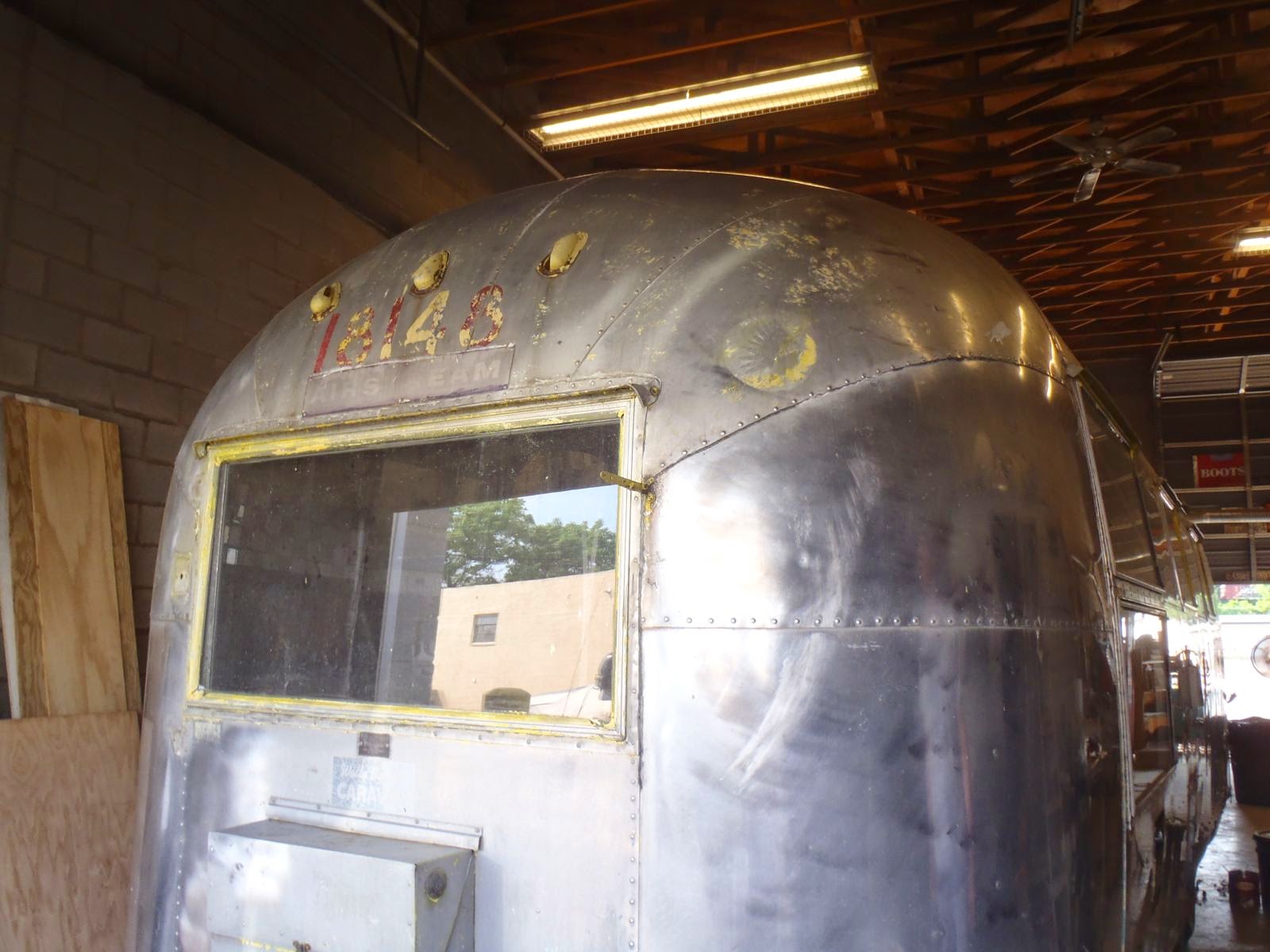 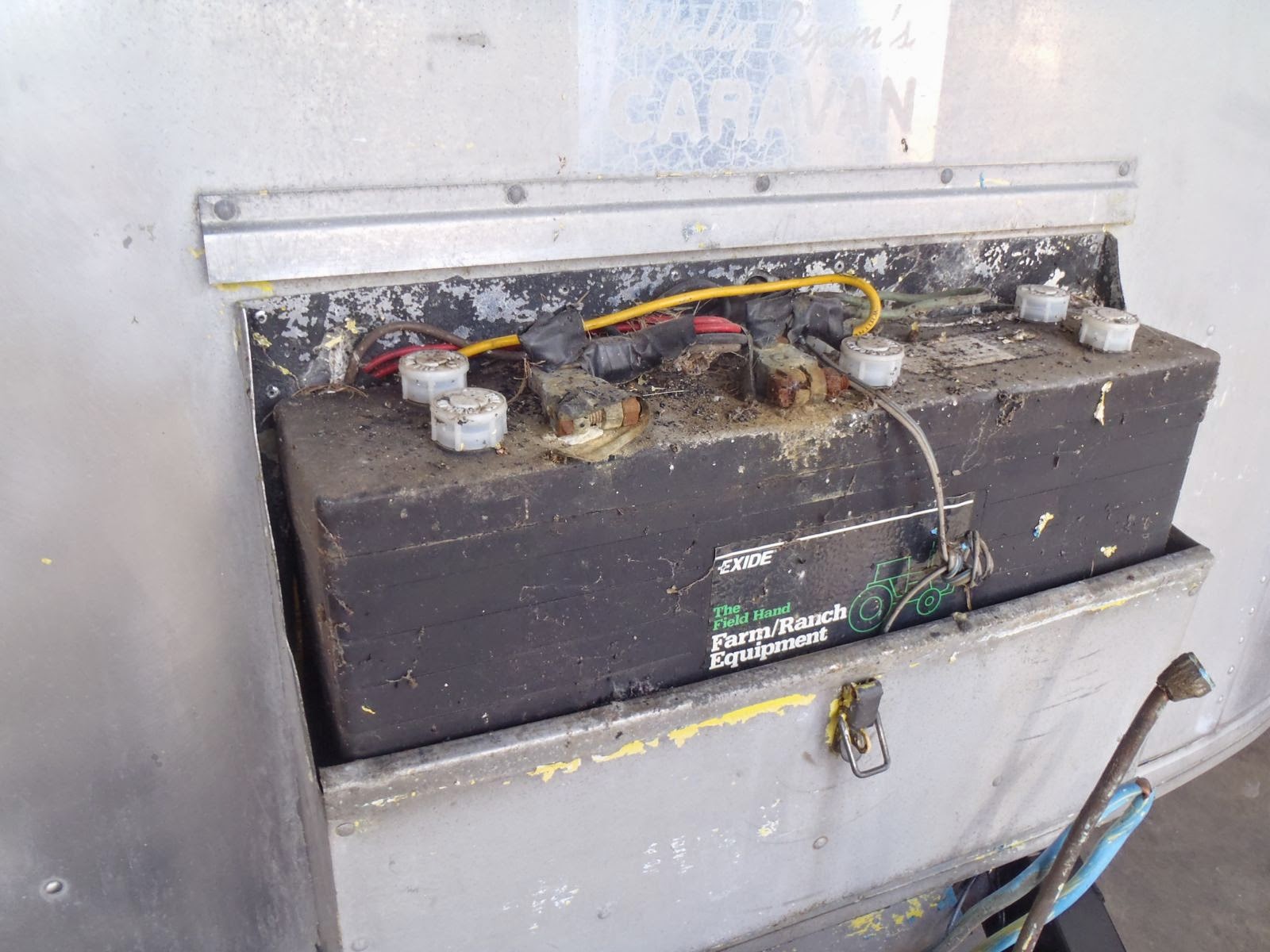 A lot of people wonder what went in the box up front. It is a tractor battery. I have not seen a trailer with this battery type still in it in years. Three sit in the yard currently with this battery in them. One is leaking acid badly, one is dry, and this one is currently holding a whopping .01 volts. 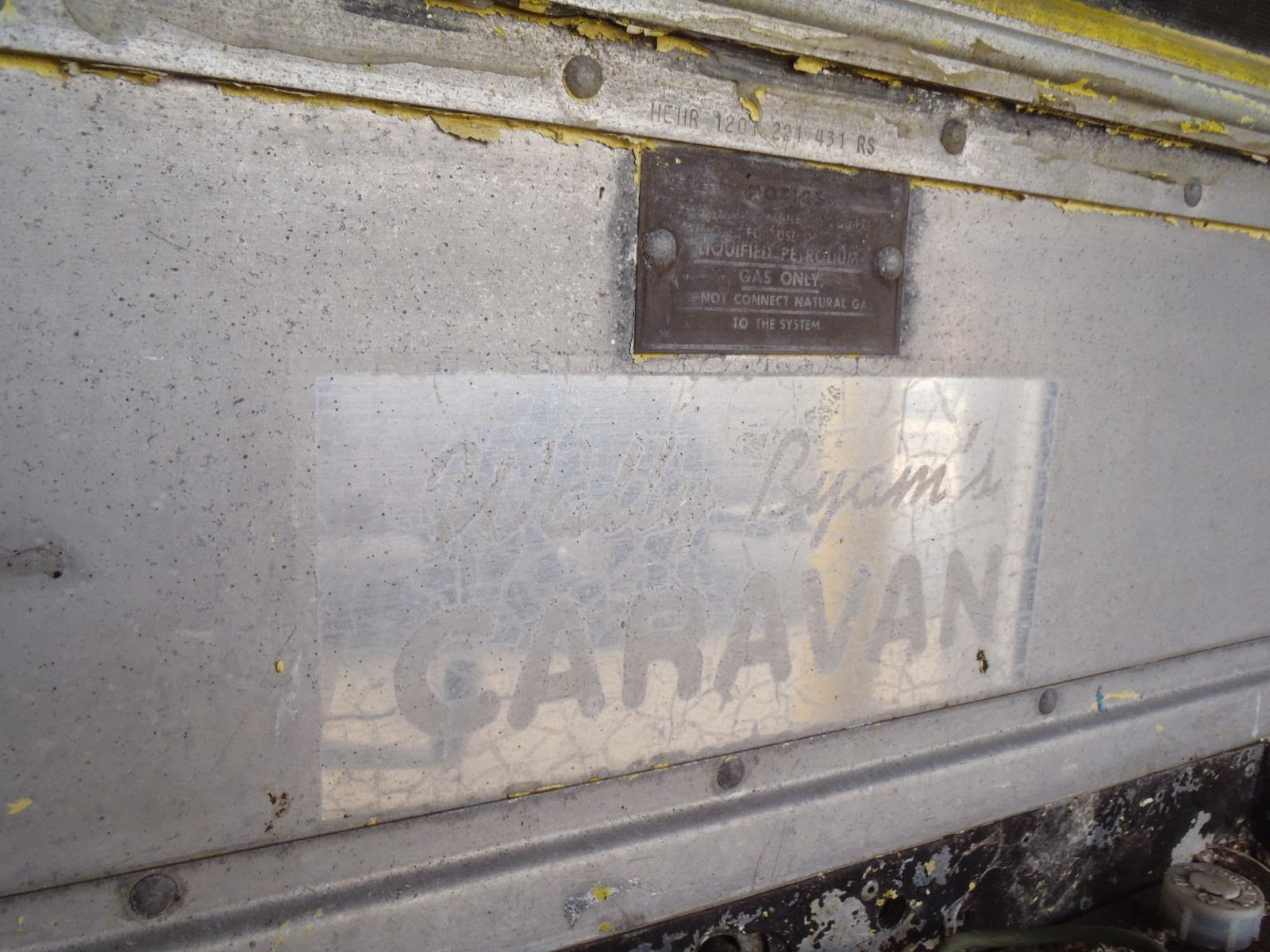 There was yellow paint in every nook and cranny. Yellow Submarine yellow is what the can read I am sure. 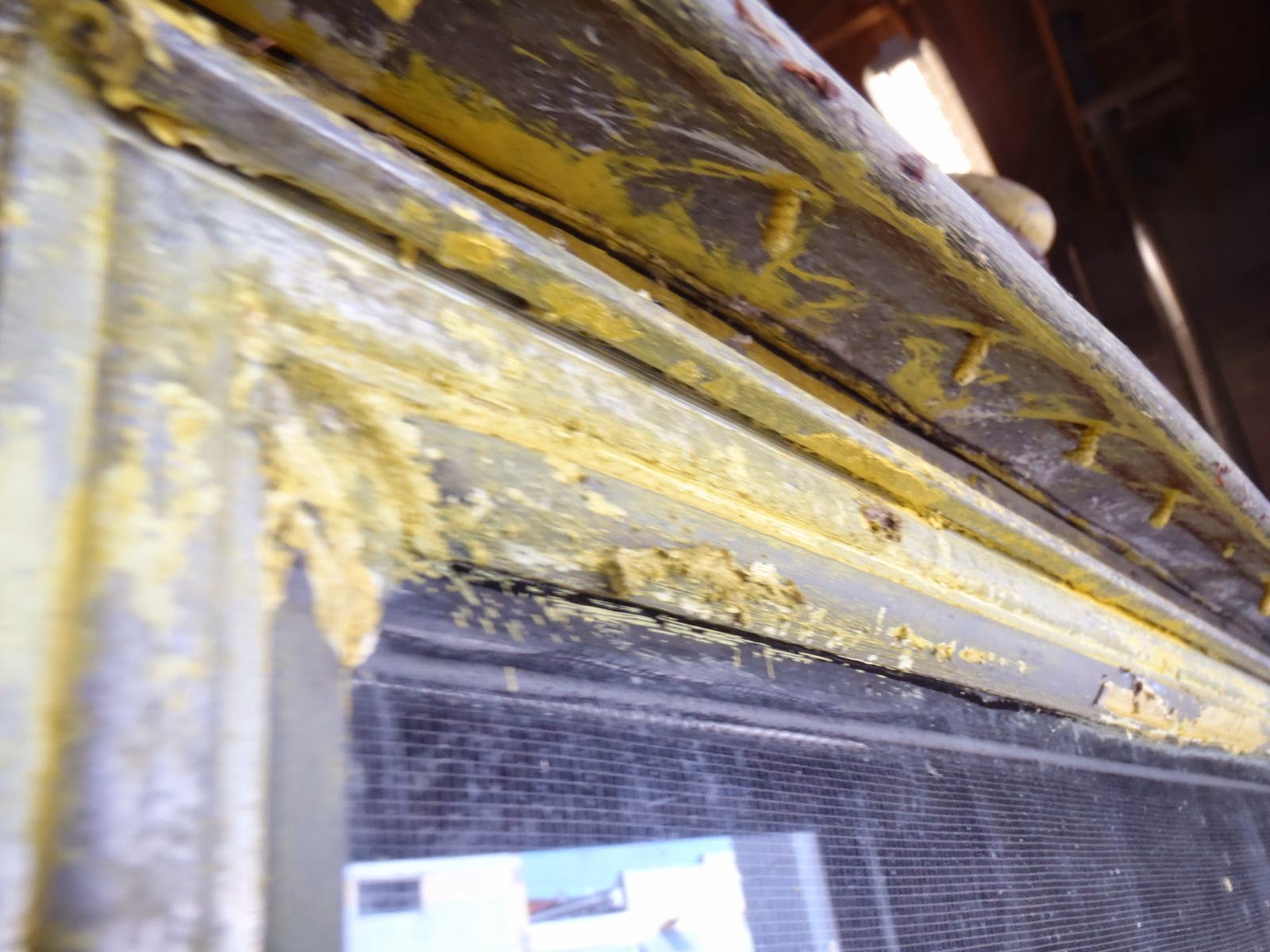 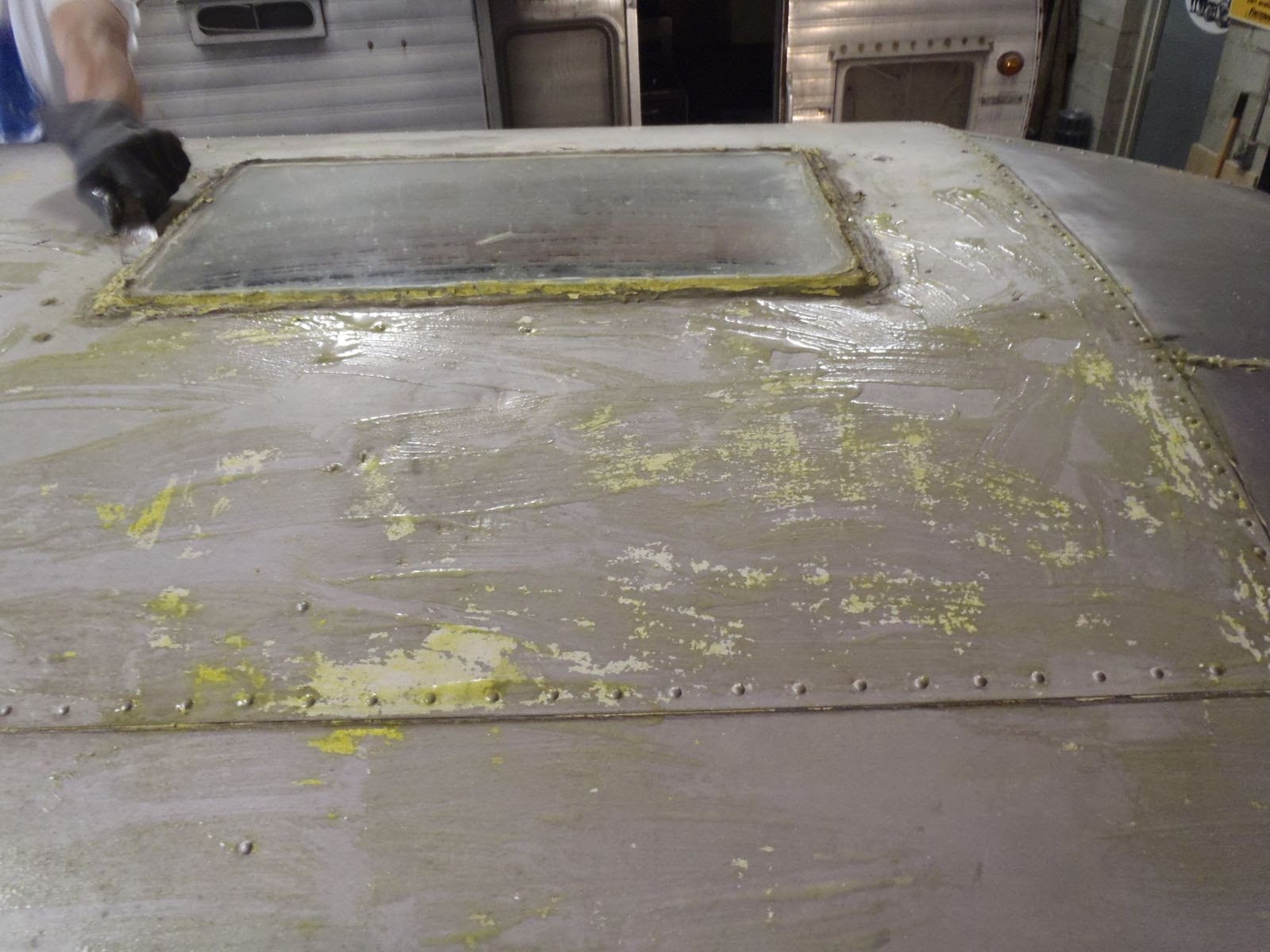 I love this take on an astrodome. It is a piece of triple laminated glass held on with about 6 tubes of silicon. That white primer you see was wicked stubborn. The nuclear marine stripper we use is more stubborn. 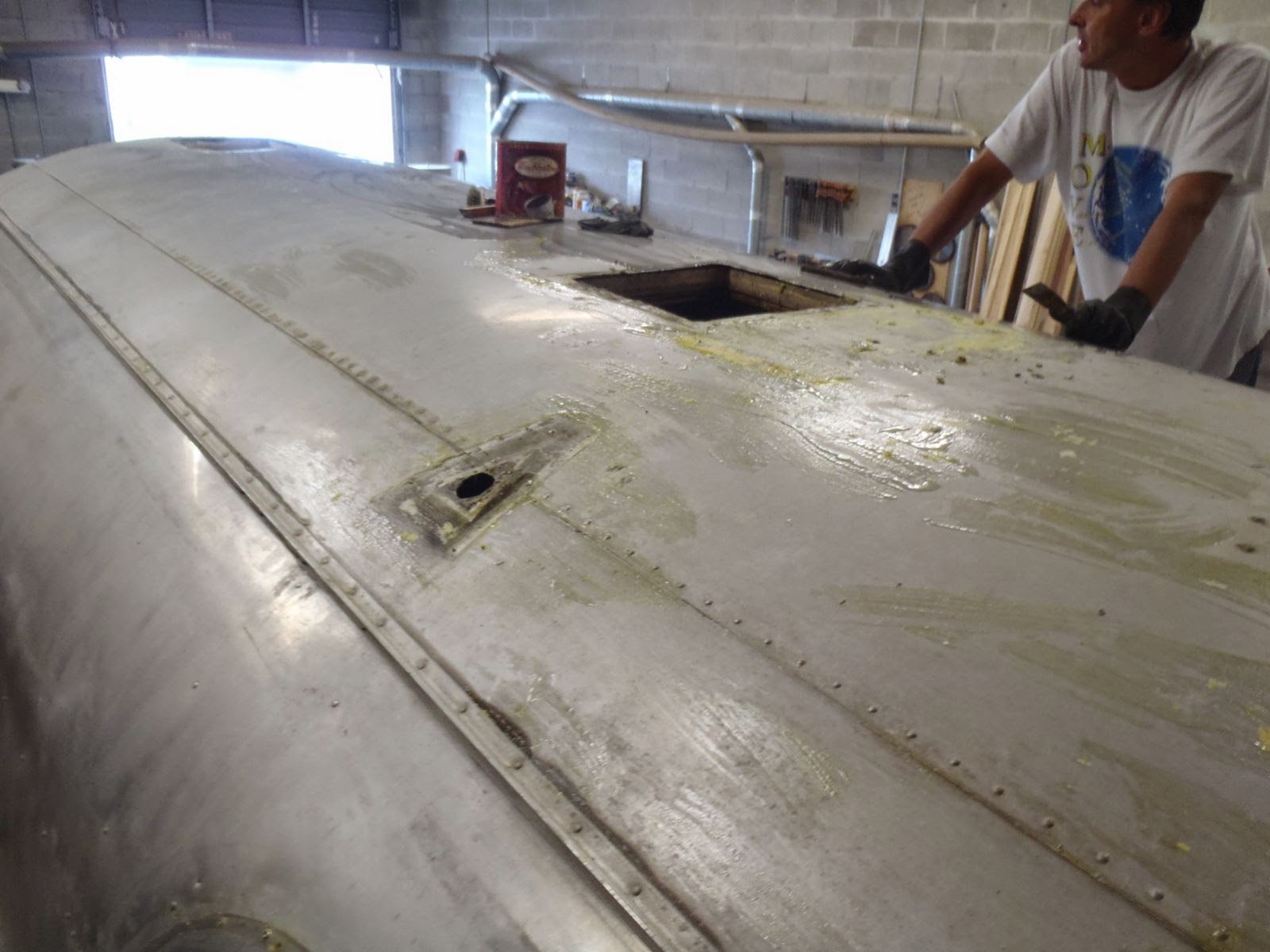 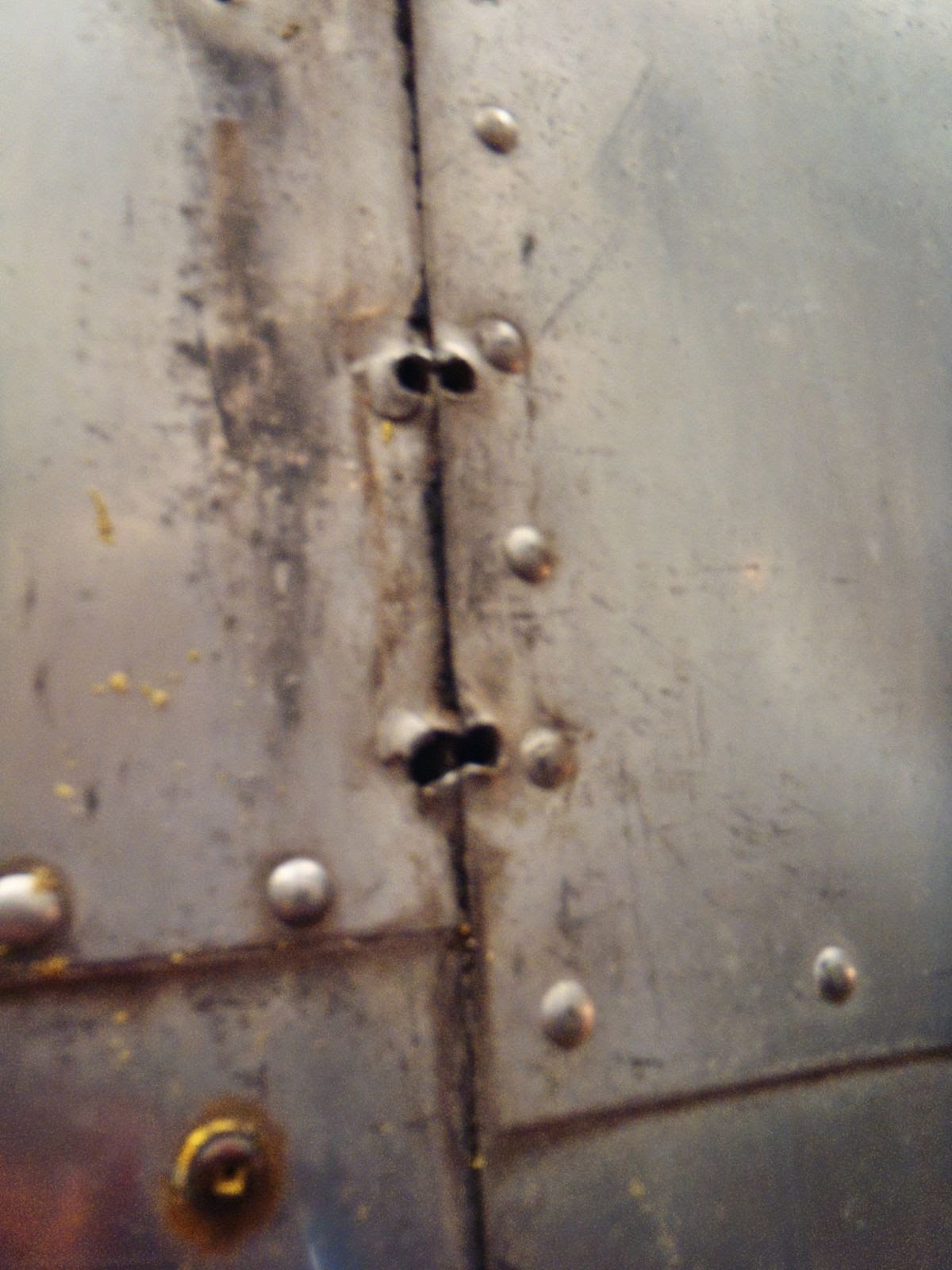 Much of the skin has been tortured. Huge screws were used a great deal. I had to remove about 30 broken off #14 screws. There were also a number of tamper resistant screws rusting away and reacting with the aluminum. 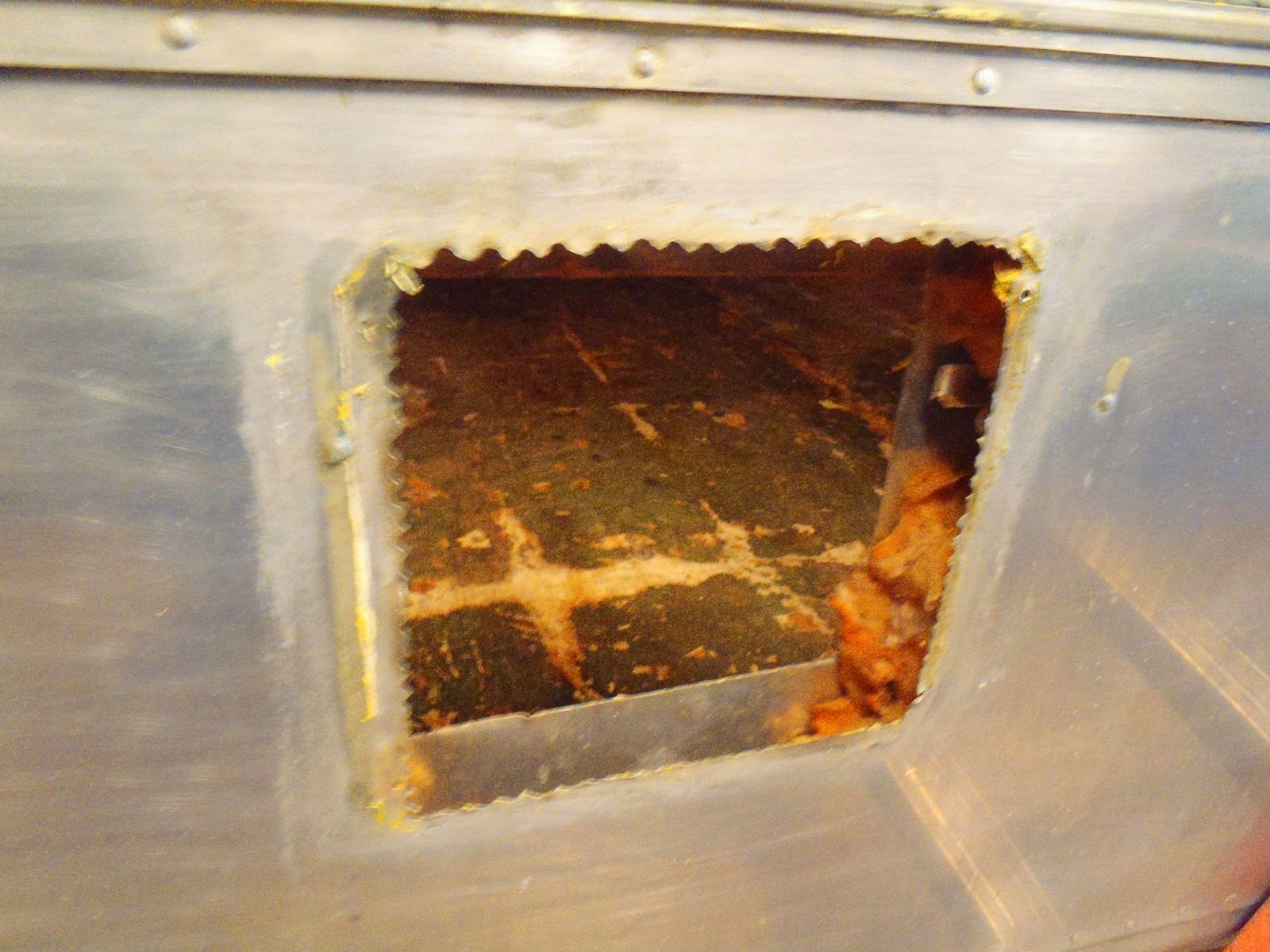 Someone didn't want to spend $9 on a pair of tin snips. Instead they drilled a bunch of holes. I don't understand what this hole was even for. The time it must have taken to do a half ass job like this is astounding. 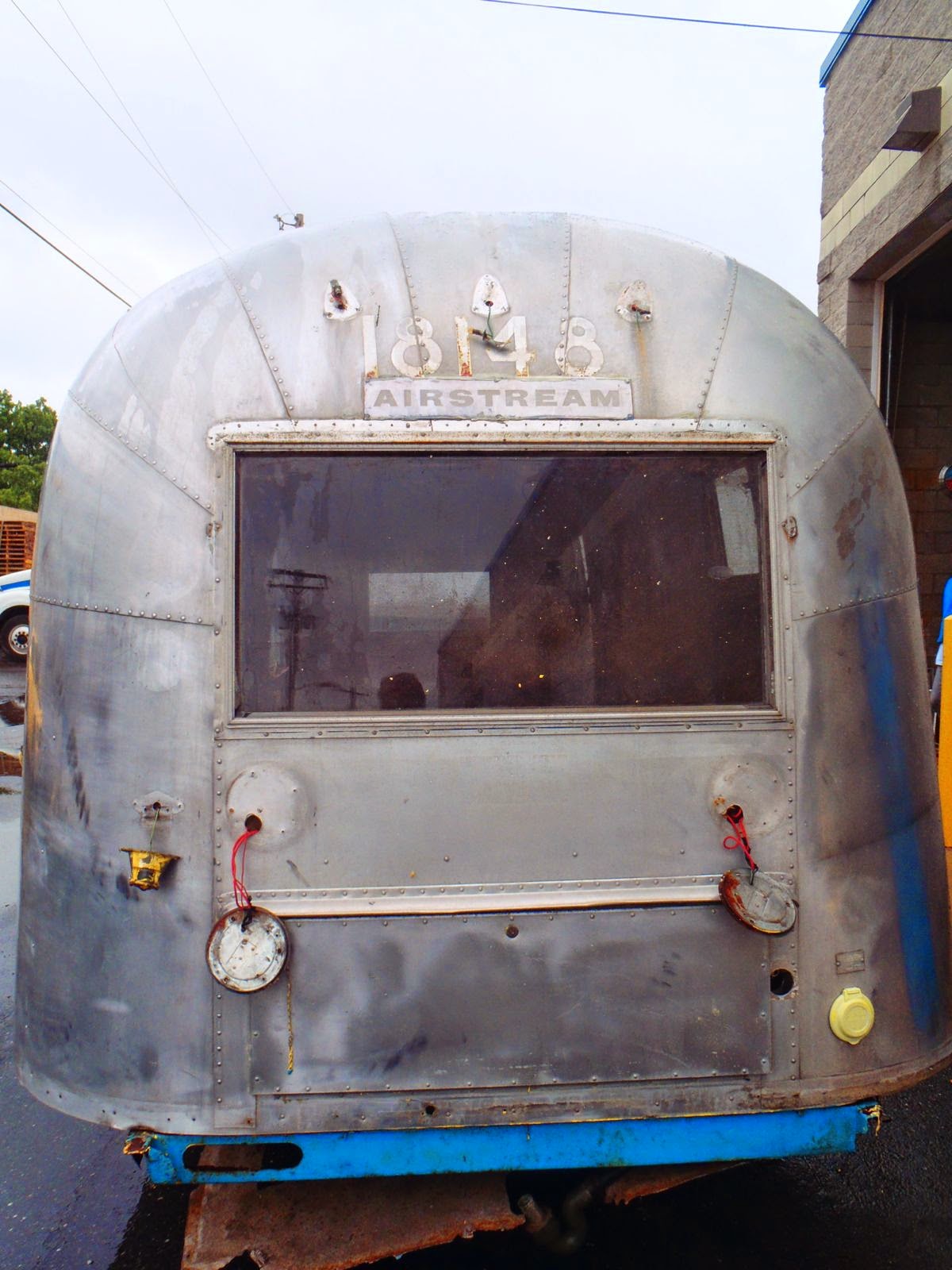 Slowly, but surely all the paint was removed. That last 1.11% was, to be honest, a bitch. It took a lot of effort. All the holes in the skin were filled or patched over. As you can see in this image, the skin has not been well treated in the past. We did our best to make it look good again. 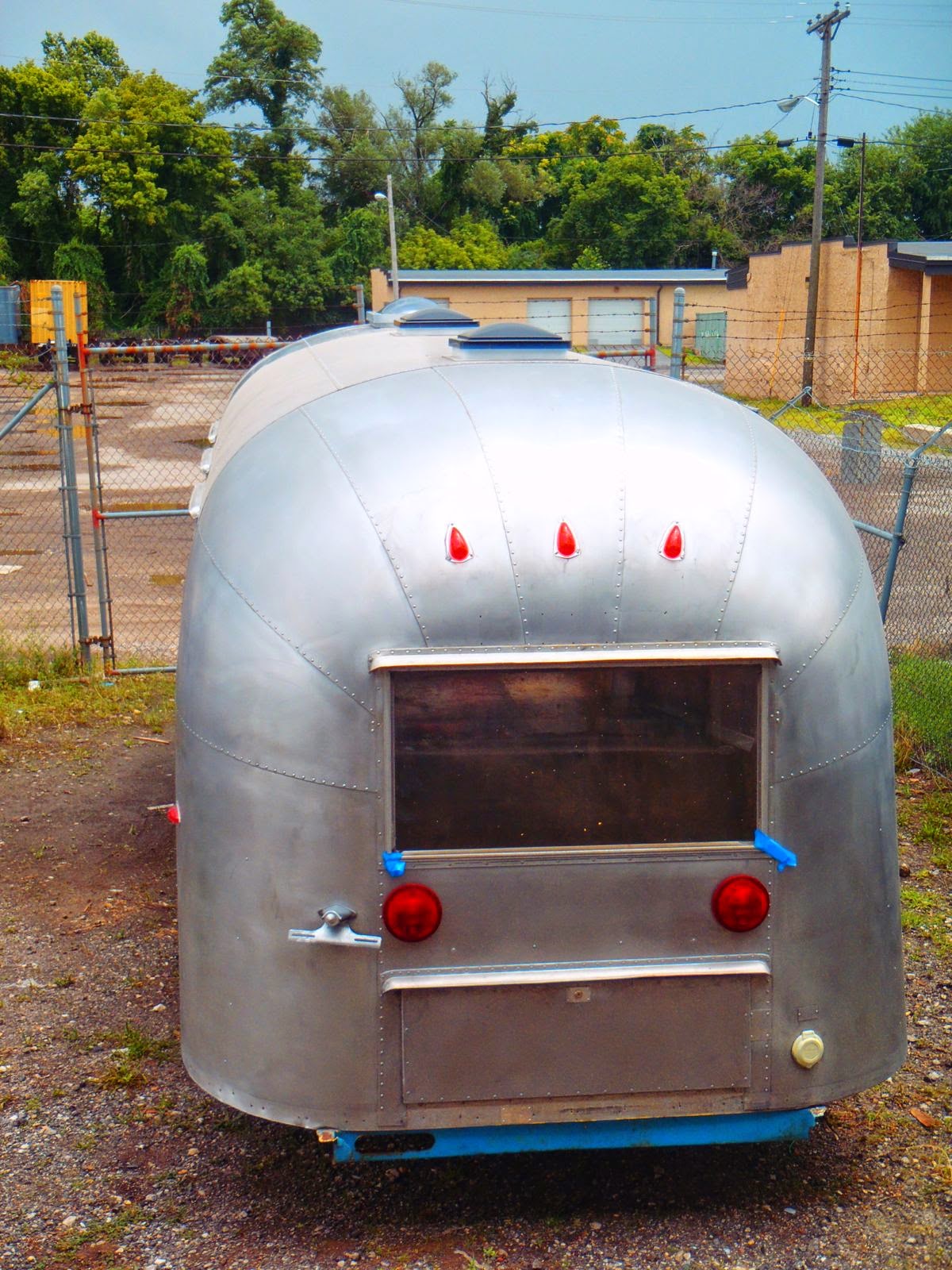 In my next post I will show you all the structural repairs we have done. I might even bore you with the seals, locks, dead bolt, and all that mundane stuff. Stay tuned folks!

There will be a series of short update posts coming out. We have just begun a major project and I want to fill in the gaps before launching into that post... 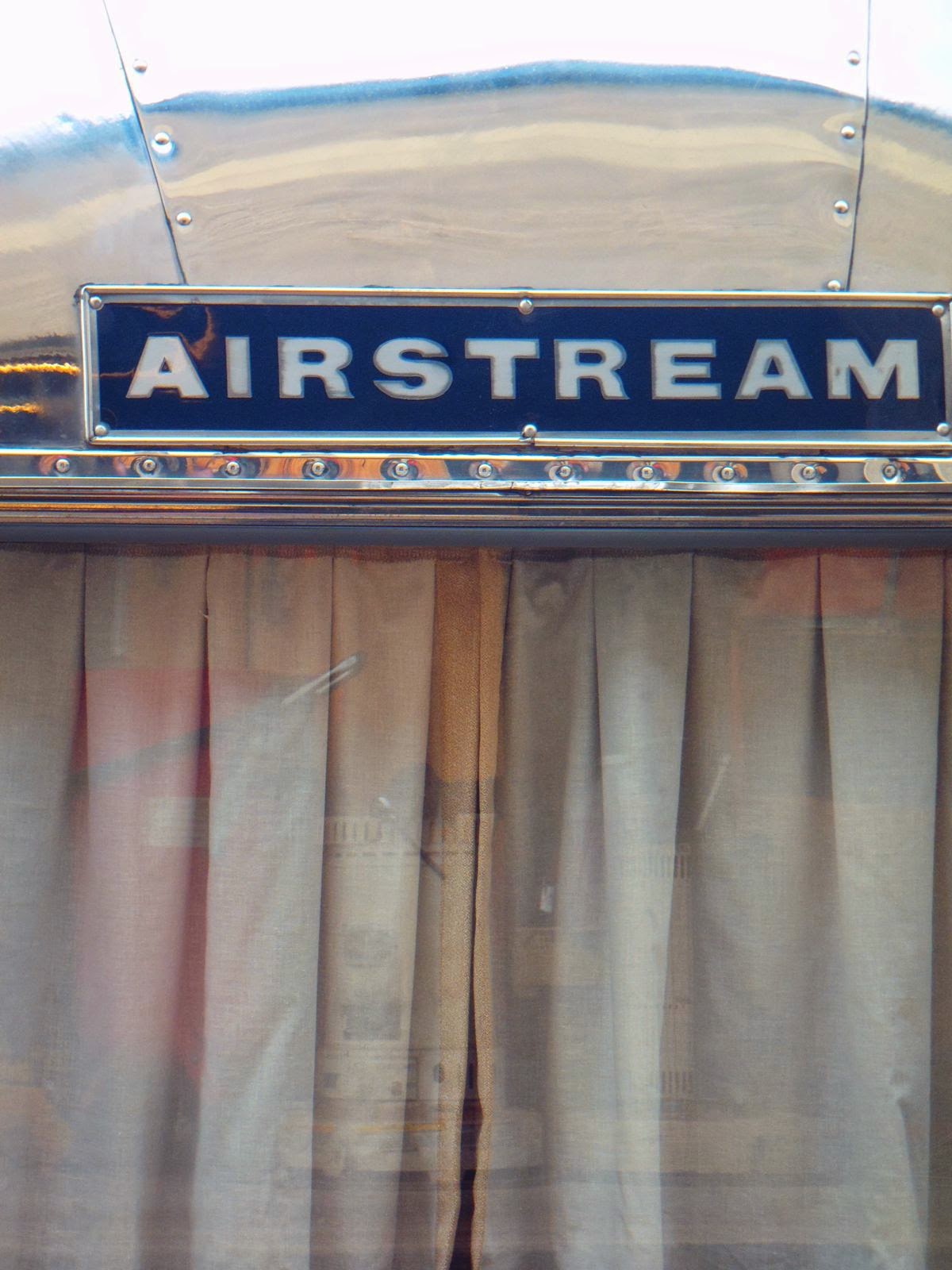 If you do not love a polished Airstream, you must need serious mental help. It catches your eye from a mile away and you just cannot look away. 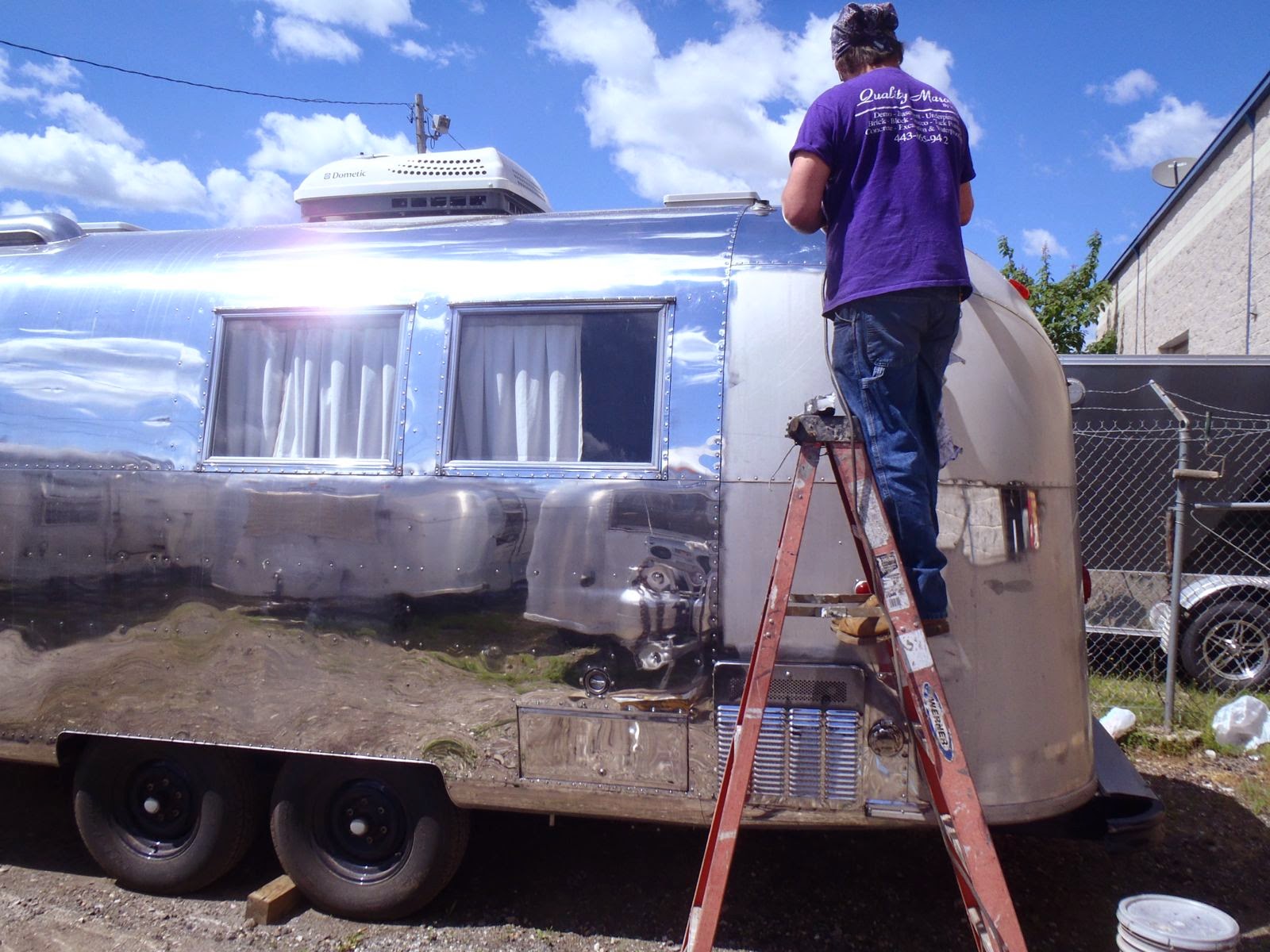 There has been some polishing going on a FTW as we continue to test drive the new mystery polish we call ShineOla around the shop. 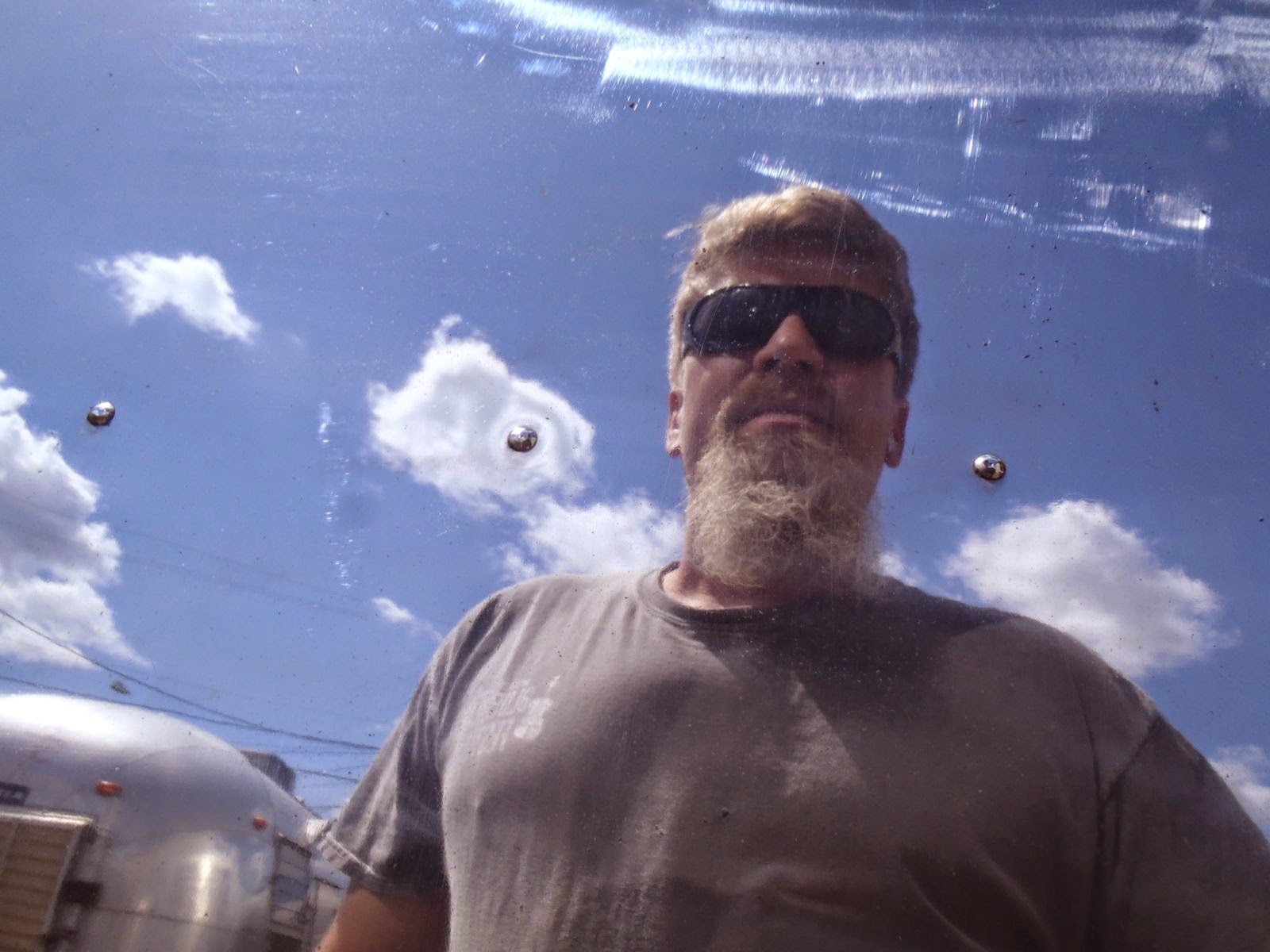 Results speak for them selves. 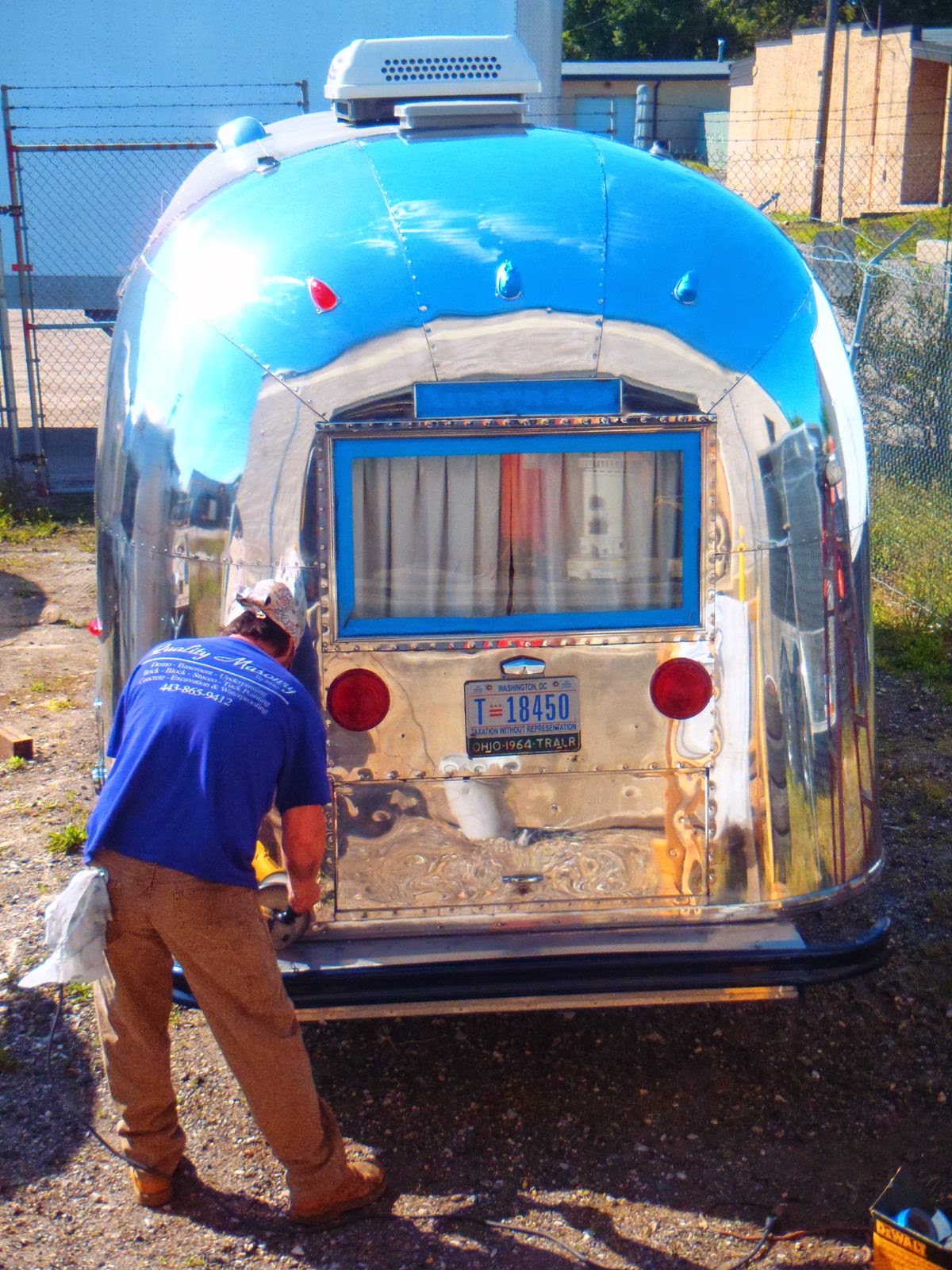 It is a lot of work even with a polish that works as well and as fast as this one does. 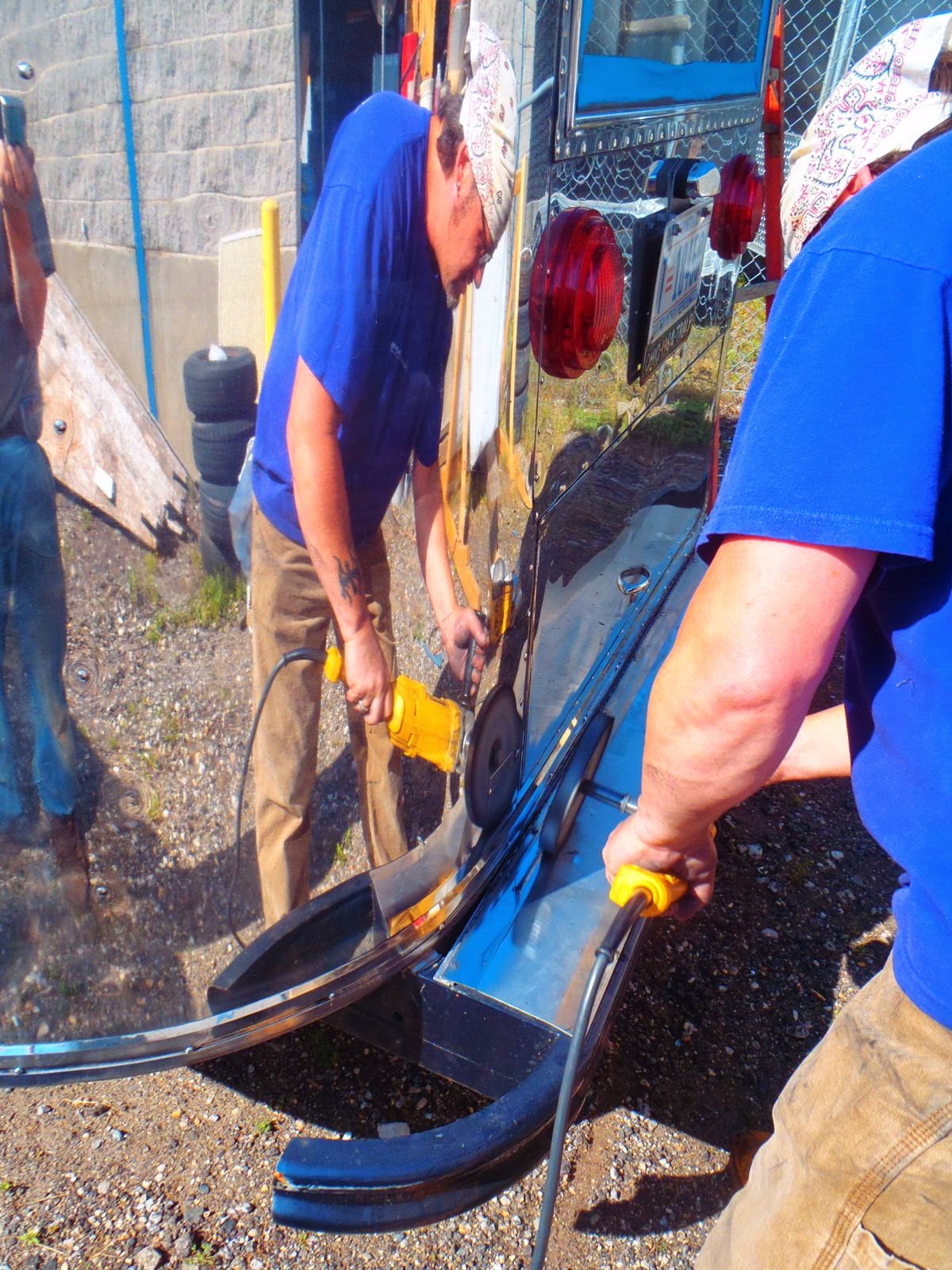 At FTW we like ShineOla a lot. We are currently booking polishing jobs. Please call for a quote...