I always heard Argosy were the test bed for Airstream. I would say not all experiments were successful. My client gave me an extensive list of things they wanted done. The list was a guide, but the emphasis was to take care of the important structural parts first. One of the things not on the list, that I felt important was to tighten up the belly. It was sagging in a few spots ad I added it to the list to pull it up so it would not continue to fall. When I tried to drill into a cross member, I discovered that it moved. 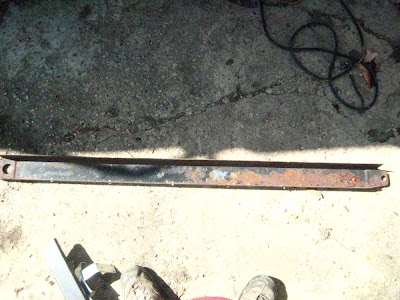 The cross member moved so much, that I pulled it right out. 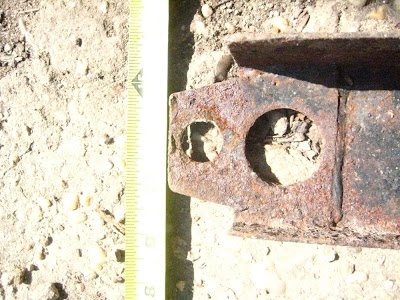 Here is where the test bed failed. The entire cross member is held in with a 1 5/8" long weld on each side. As far as gauge of metal, I cannot tell you. It is however less than 1/8" thick. The metal snapped right on the weld line. I understand light weight, but I also understand strong. What were they thinking? This was built in 1977, and we had not become a disposable society by then had we? 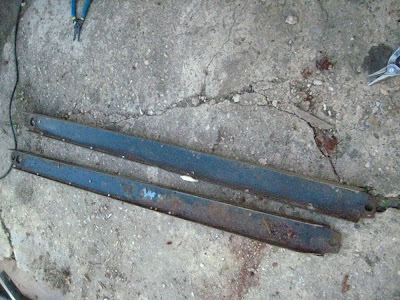 Not once but twice did this failure occur. The second one was just behind the axle. No wonder there was so much sag in the belly pan. 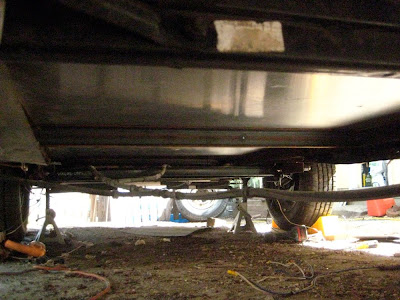 Another issue I take in the design is how far the span is between cross members. Four feet is the distance between them. In an Airstream with plywood floor the span is two feet. The amount of weight a few extra cross members would have required would not have broken the scale. Over thinking the light weight aspect caused a serious failure in my opinion. The new cross members are being fabricated out of new steel. I could have welded the old ones back in, but I feel the structure is terribly under served. I am adding a little weight in, but feel the gain in strength is worth it. With all this metal exposed, I will be painting the frame too. 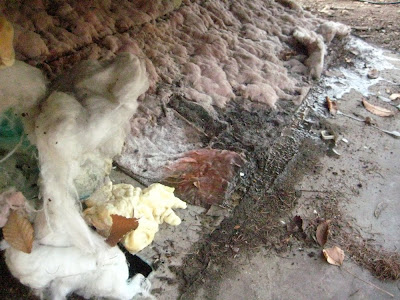 All the belly pan was dropped to inspect all the frame. One reaches a point that it only makes sense to know it is all in good shape. This is the rear. Rain water getting in the bumper hatch has been puddling in the nasty old insulation. I can only imagine the things living in that soup. 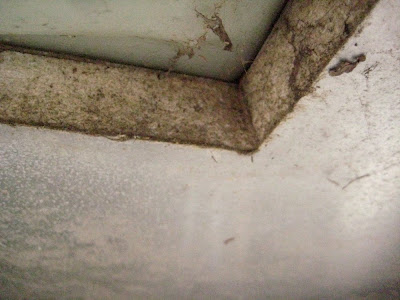 It may sound like I have been ripping hard on the engineers at Argosy. I was and they deserve it. I will however compliment them on the floor. I think this is very innovative and wish it had continued. They made a sandwich of 1/8" aluminum and foam. Many who walk in an Argosy with this type of floor do not like the give it has. I do not think it would be an issue if the engineers had just used more cross members to keep it rigid.
Posted by Frank Yensan at 2:28 AM