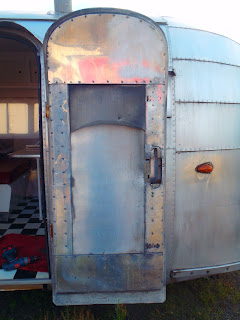 A 1955 Safari came in for a bit of work. Most people like a door that locks. This Safari has not been able to lock in a while. The door with in a door also cannot be used as a screen door since the screen was taken out by a dog, happy to see it's owners. 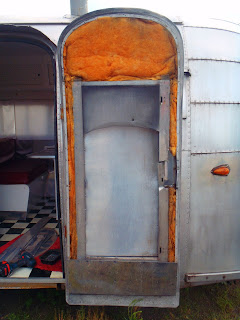 To replace the screen all the interior panels on the door had to be removed. The screen is riveted in between the door frame and the inside door skins. 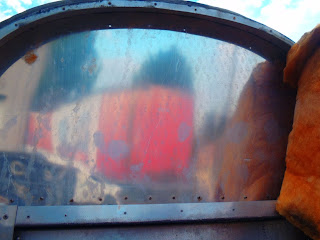 I was hoping this door had a signature inside the door. For those not aware, Johnny Alonzo was the California factory door man of the mid 1950's into the early 1960's. He had a rather flamboyant way of signing the inside of each door he built. No luck here. 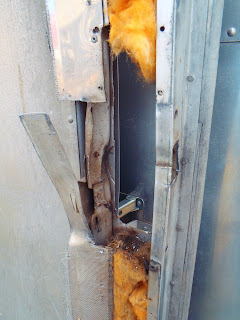 A big issue the door had was the original door latch had been changed. A house style door knob would have originally been used. At some point it was changed to a Bargman L77 lock set. The alteration was done without much concern for the door frame. Two complete breaks had to be fixed. 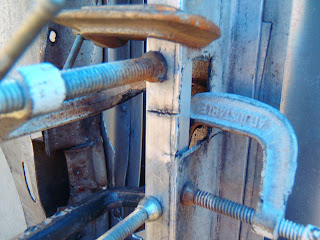 The aluminum also had to be forced back into place since it was torqued all out of place. 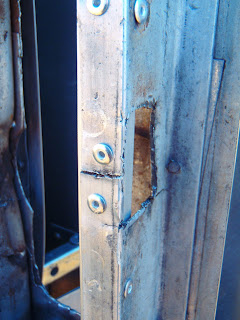 An aluminum bar was fitted into the backside and riveted into place. I would had liked to weld this but the alloy felt so soft, I felt it would just turn to puddle. 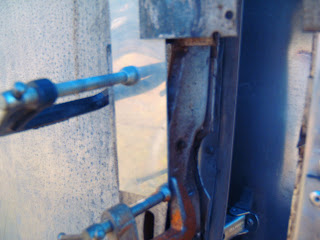 The other side needed a mending plate added. 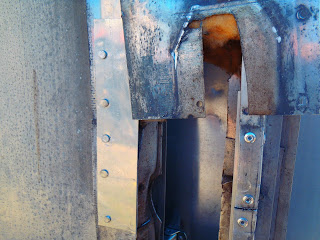 You see one side so I bucked these rivets into place. 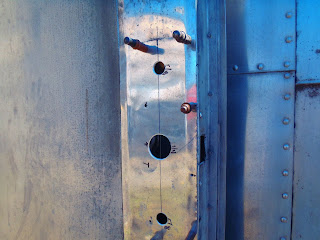 Next a new skin was made for the backside of the lock set. 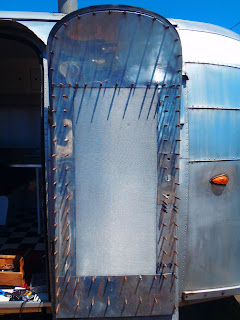 New screen was stretched over the frame and the inner skins replaced. 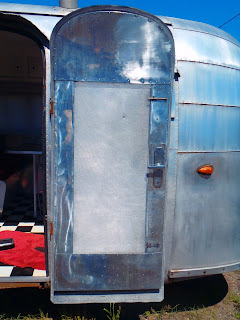 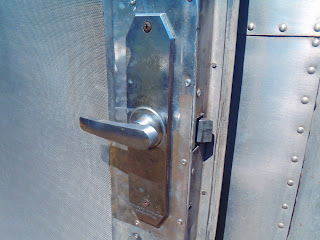 Stronger than new. This is not original but a very good solution under the circumstances. 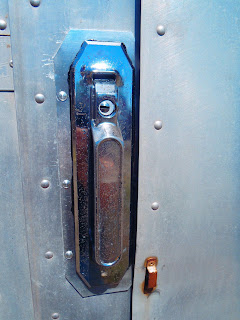 A beauty ring was fabricated for the outside of the door. The hole someone cut was too wide and I need to fill some gaps. The door now locks. Typical of old Airstream locks, it is a tricky one to lock, requiring some pushing and key wiggling. It locks now however. 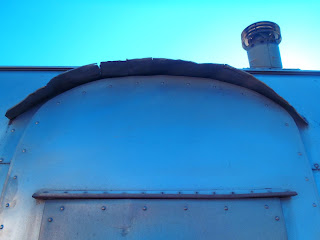 The eyebrow was a bit beat down too. 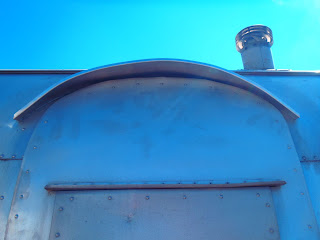 I made a new one. 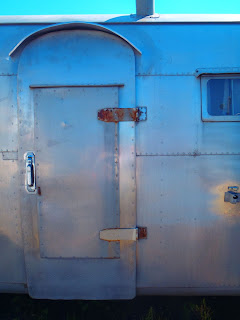