She is done and will be handed back to her owner tomorrow. This has been a fabulous project to work on. A true ELEVEN in my book. 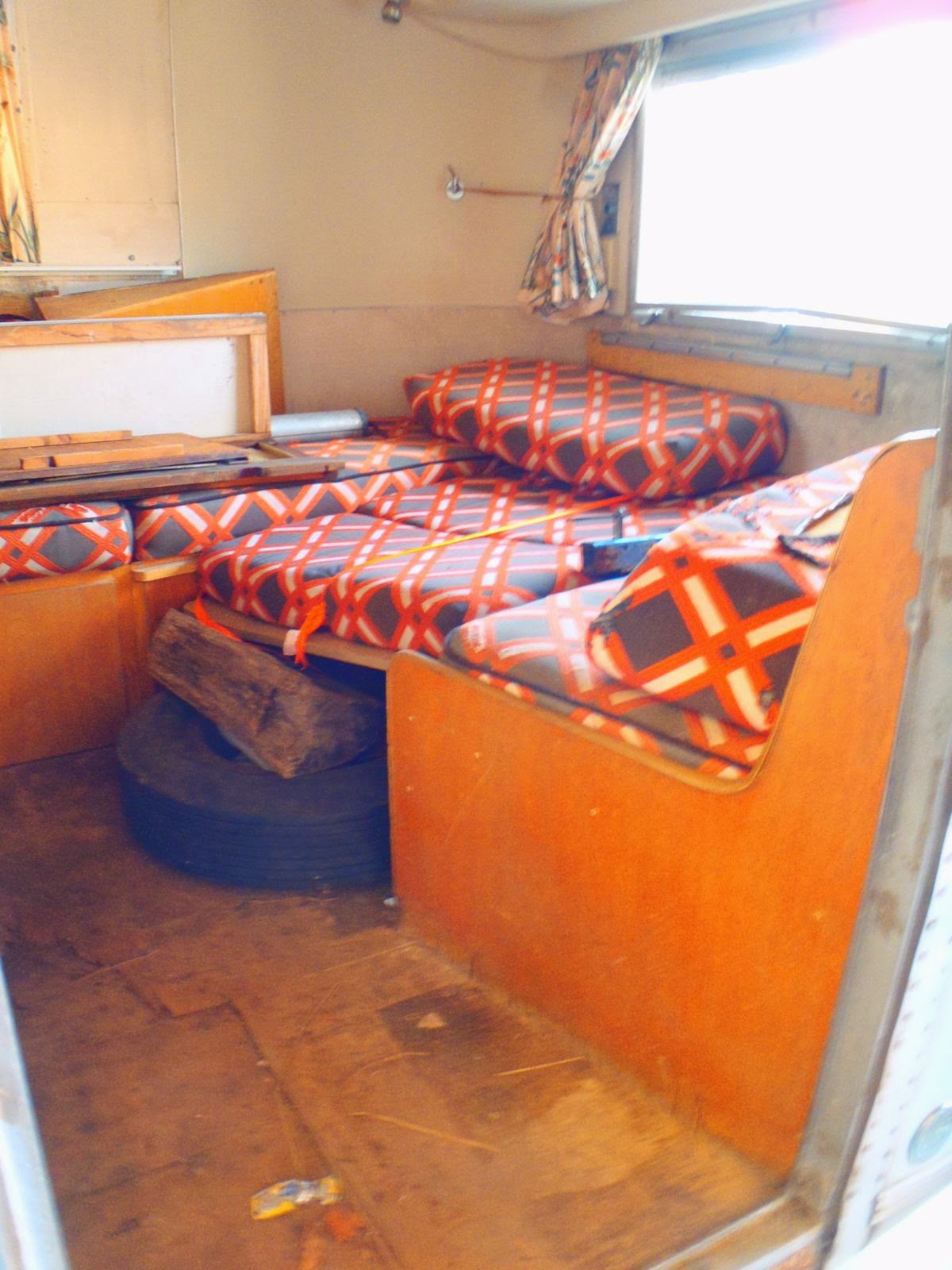 I find it good to reflect back on "before". I can still smell the mold, mouse droppings, and rotting plywood. 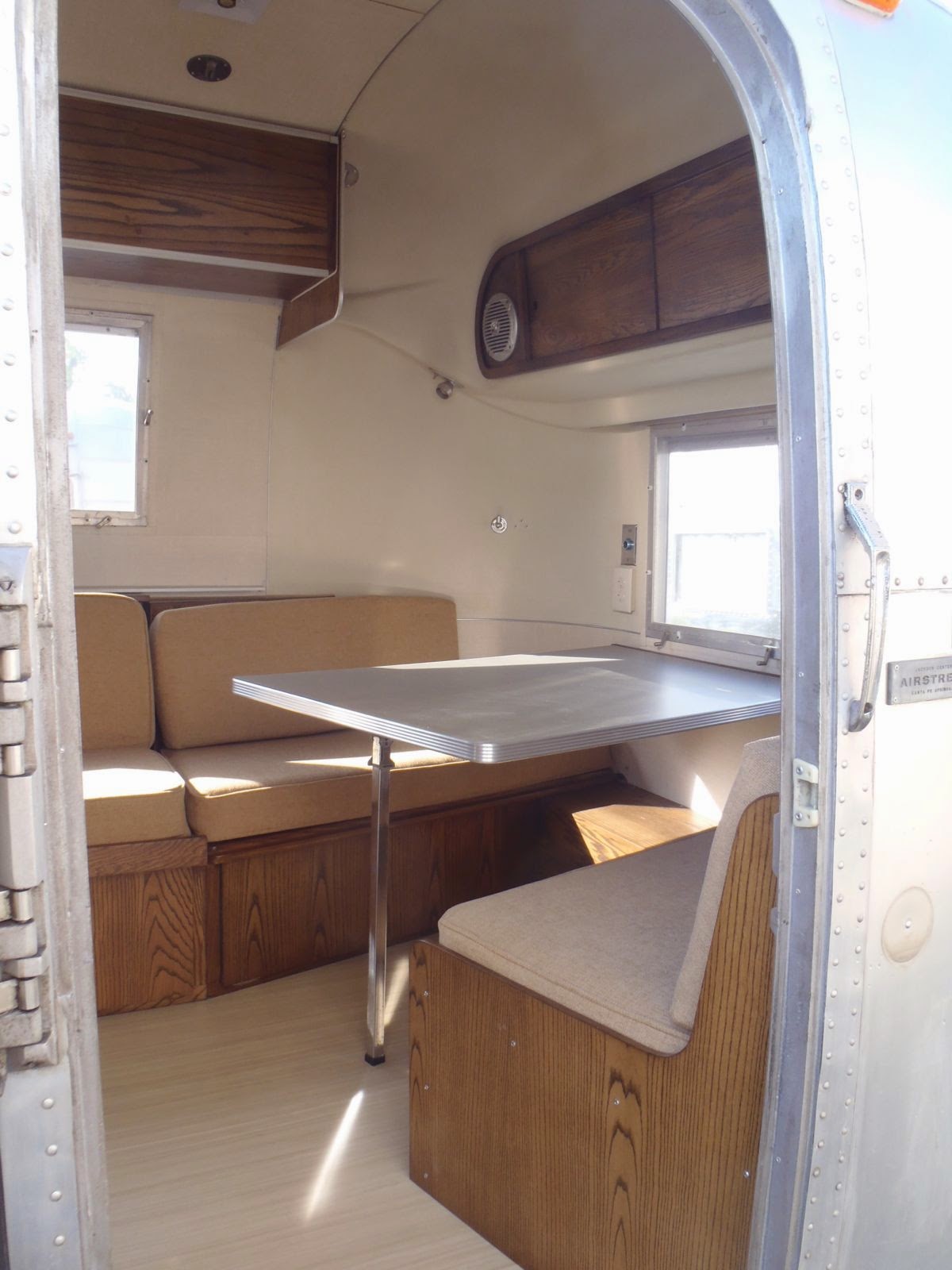 It has new trailer smell now. 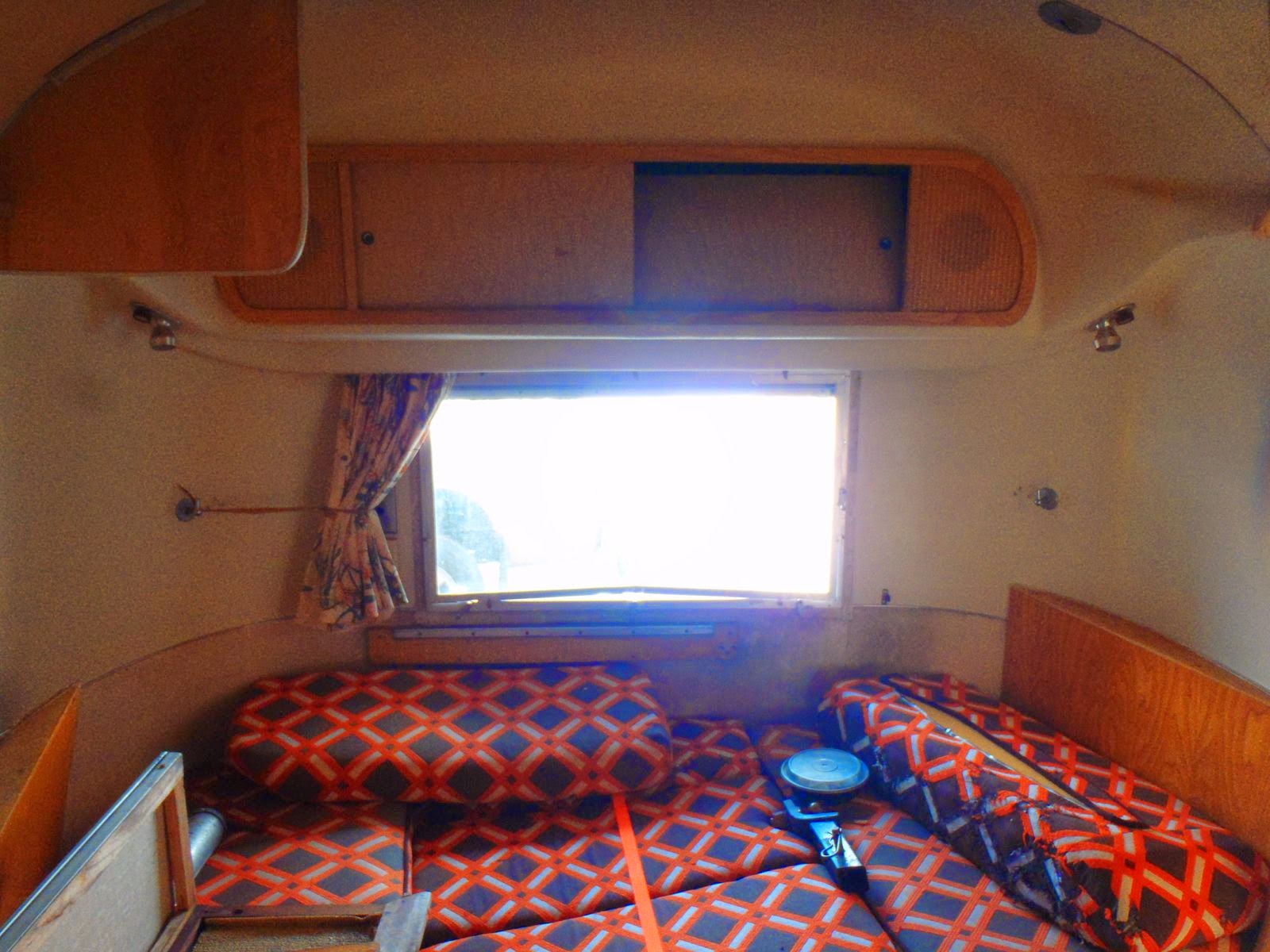 One of the roof lockers was torn from the wall and just laying on the side gaucho. 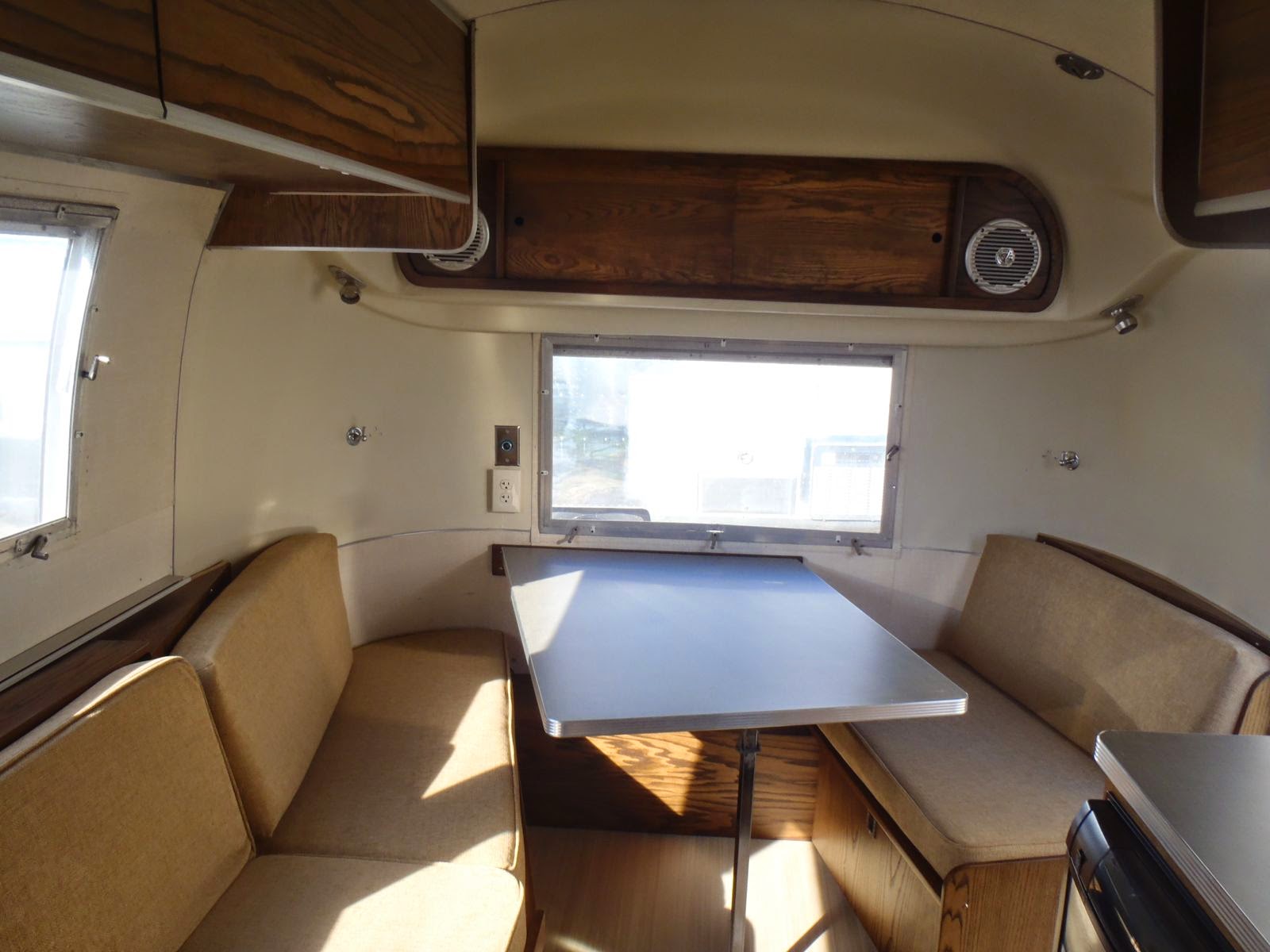 It now hangs from the ceiling and even works like new again. 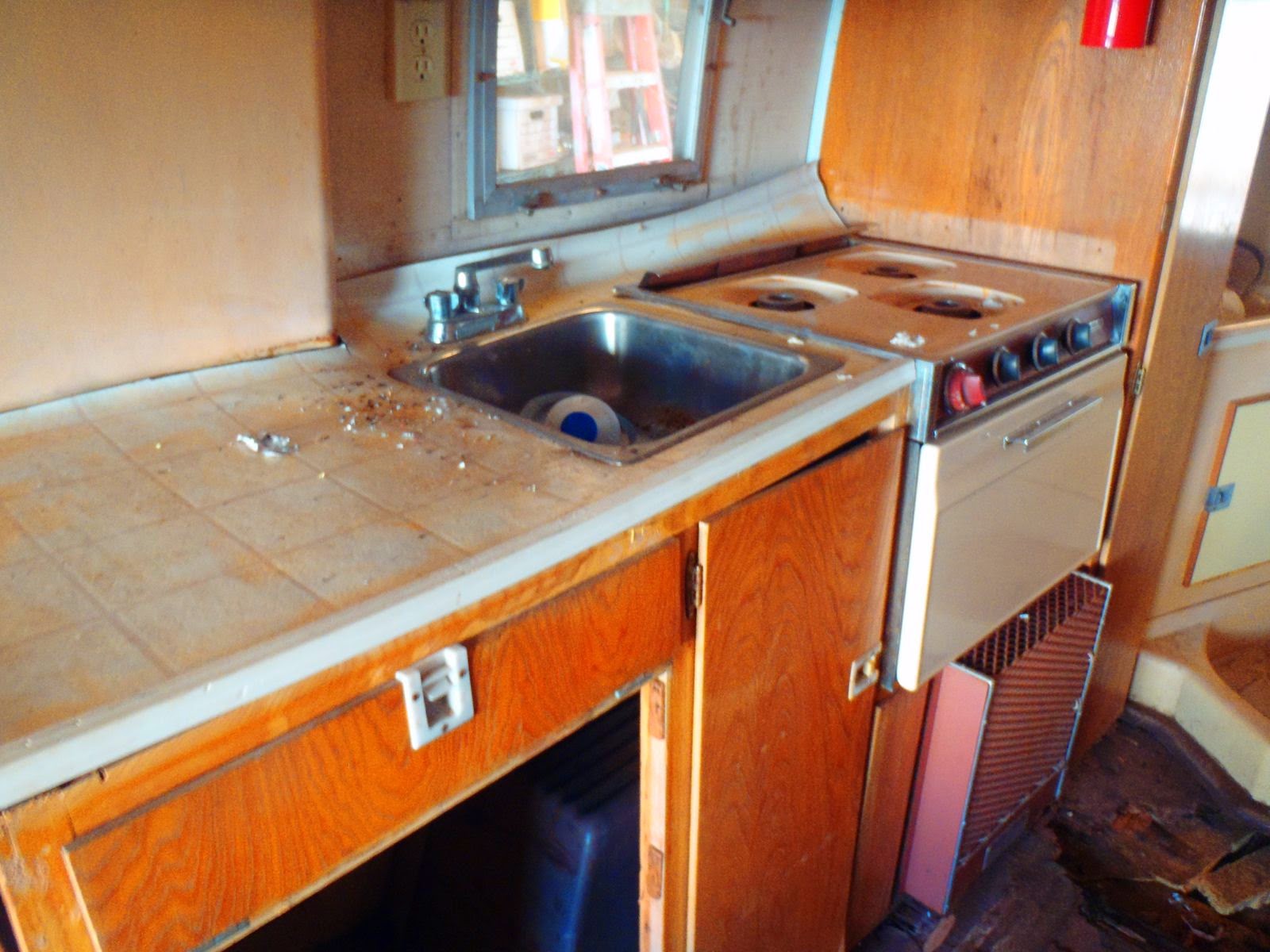 The refer had been removed. It was a good thing it was, since the floor under it probably wouldn't support the weight. Nothing in the galley was working. 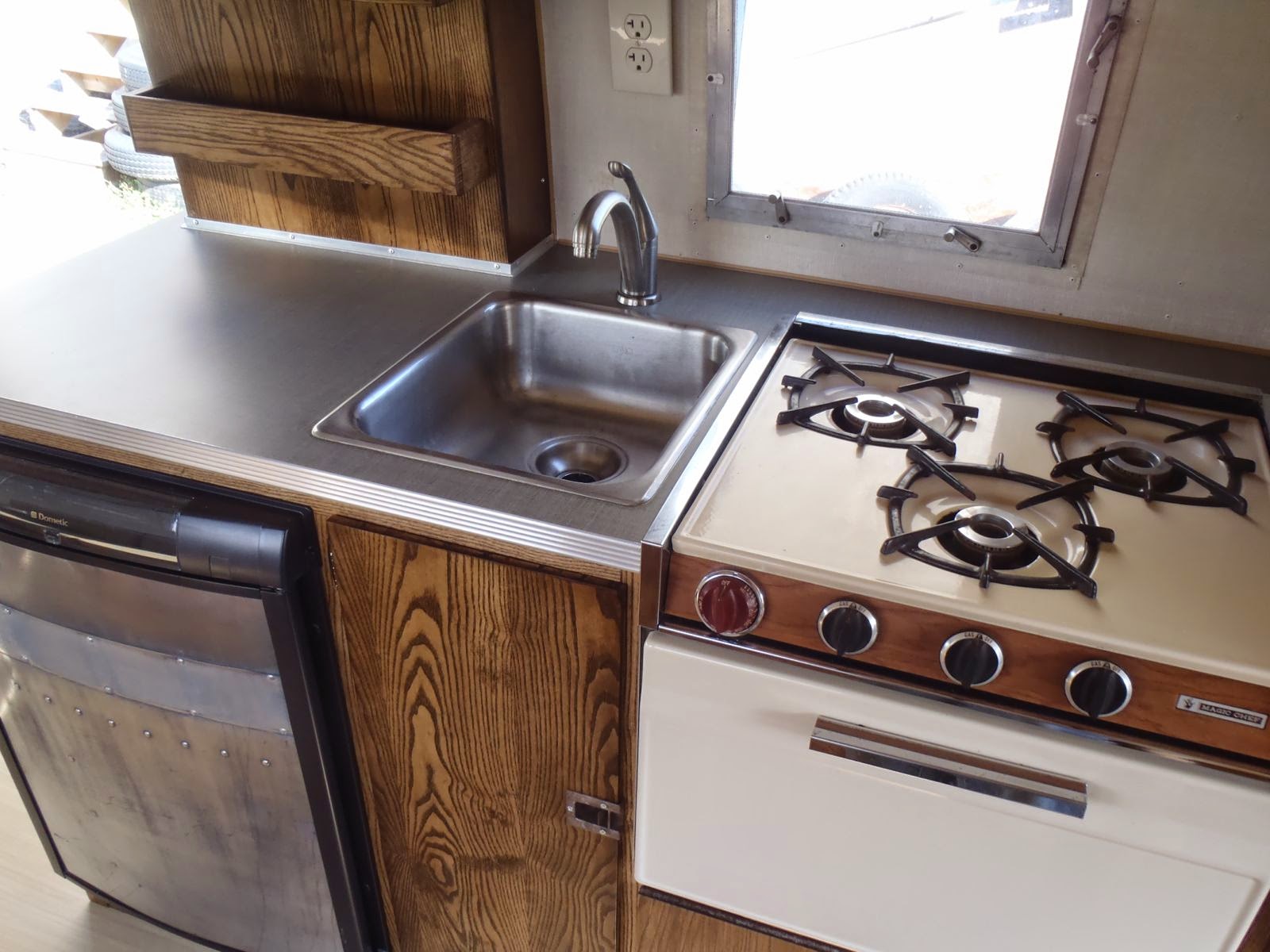 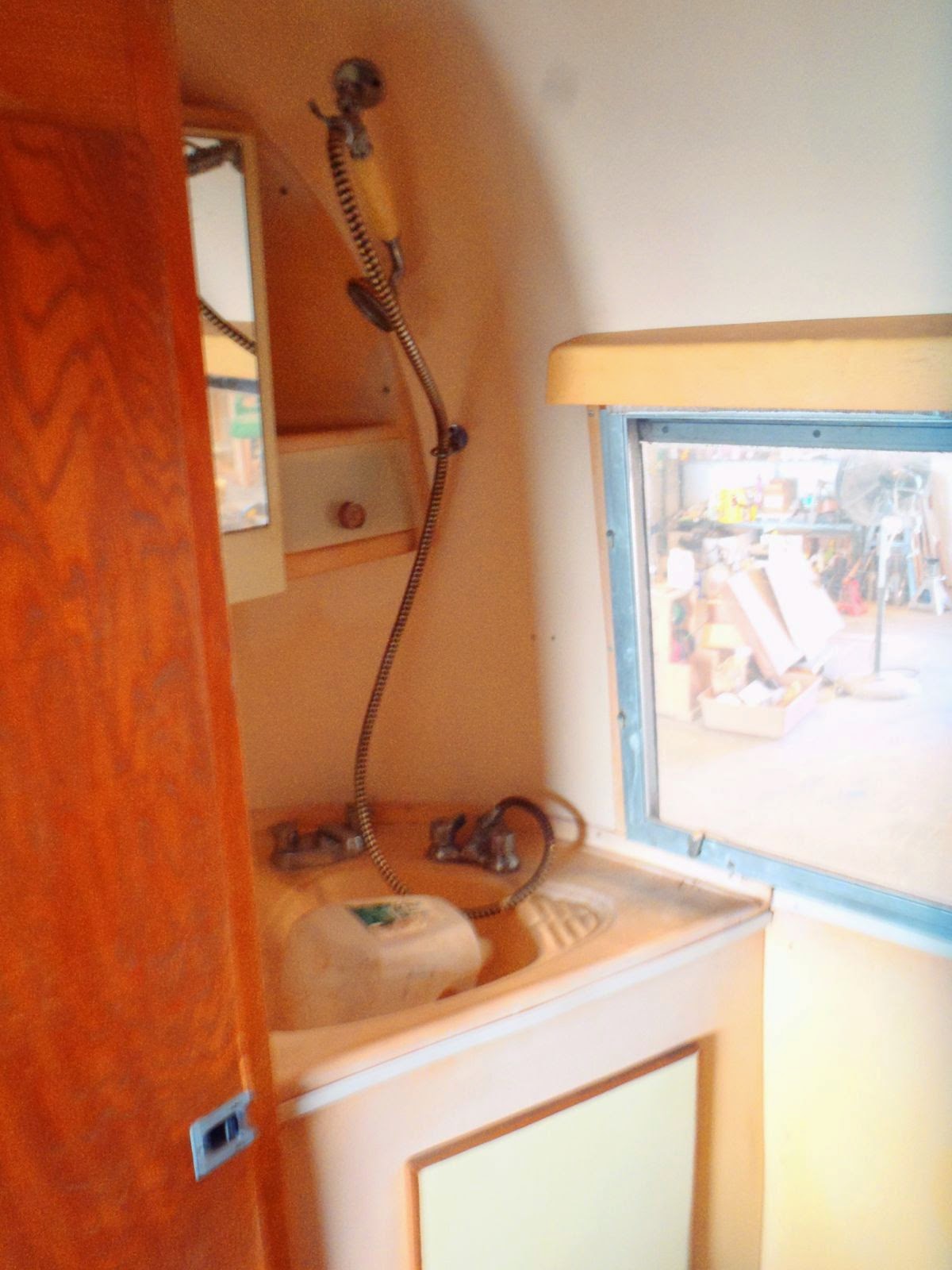 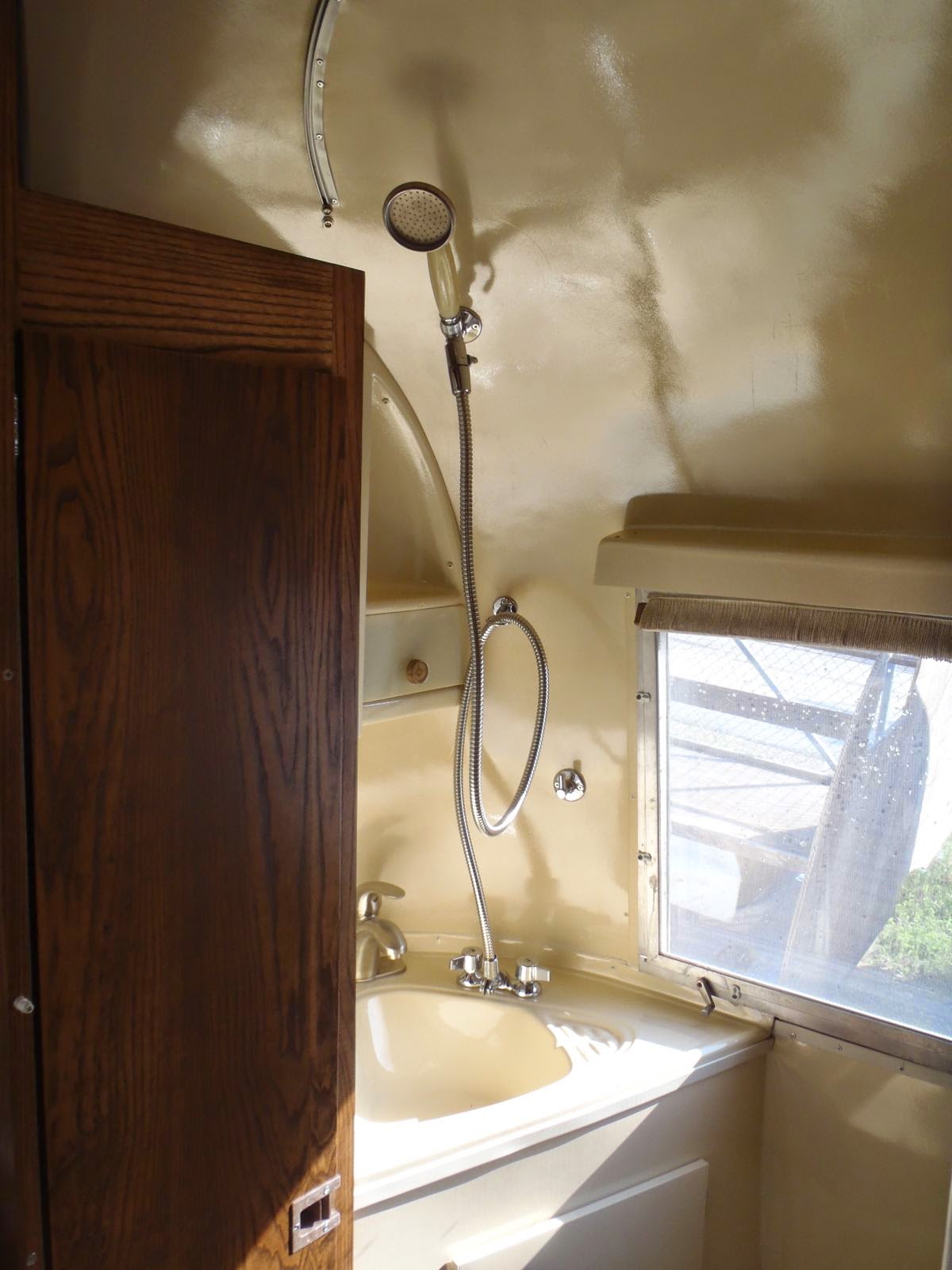 Not any longer. Jump in, take a shower... 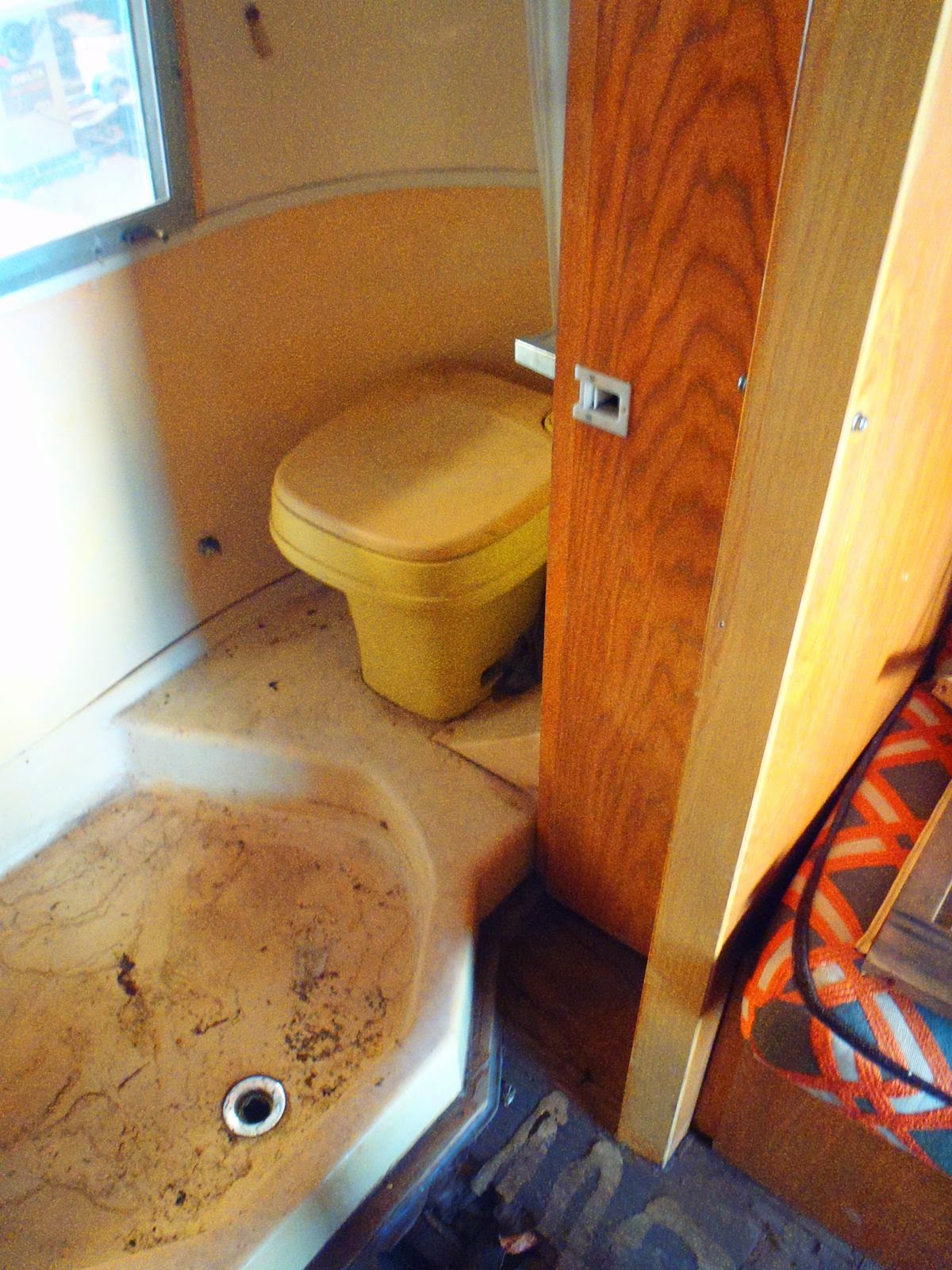 Step over the big hole and gingerly step in to use the head? I  doubt that was going to happen. 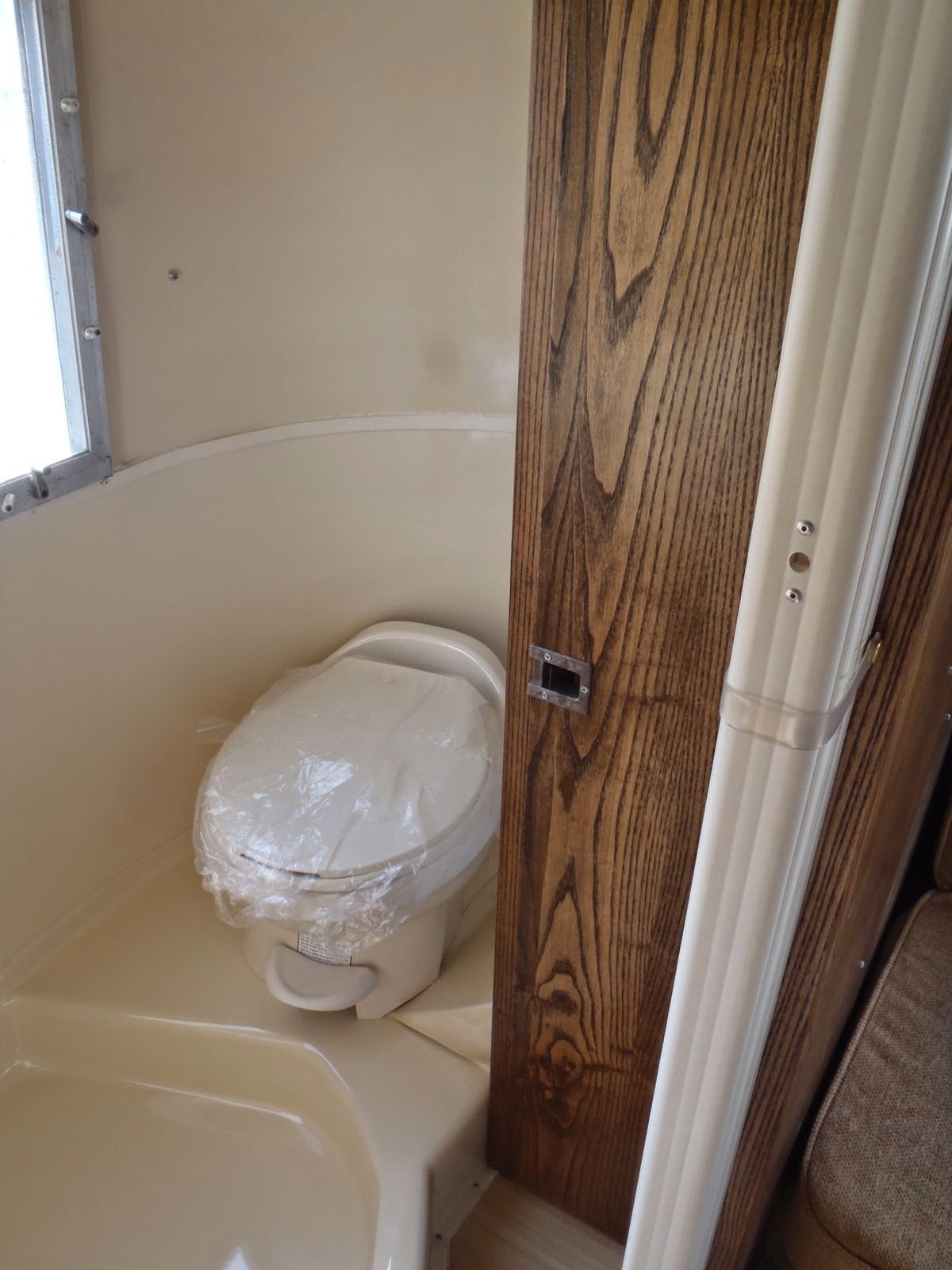 I wonder who will be the first to try out the virgin toilet. 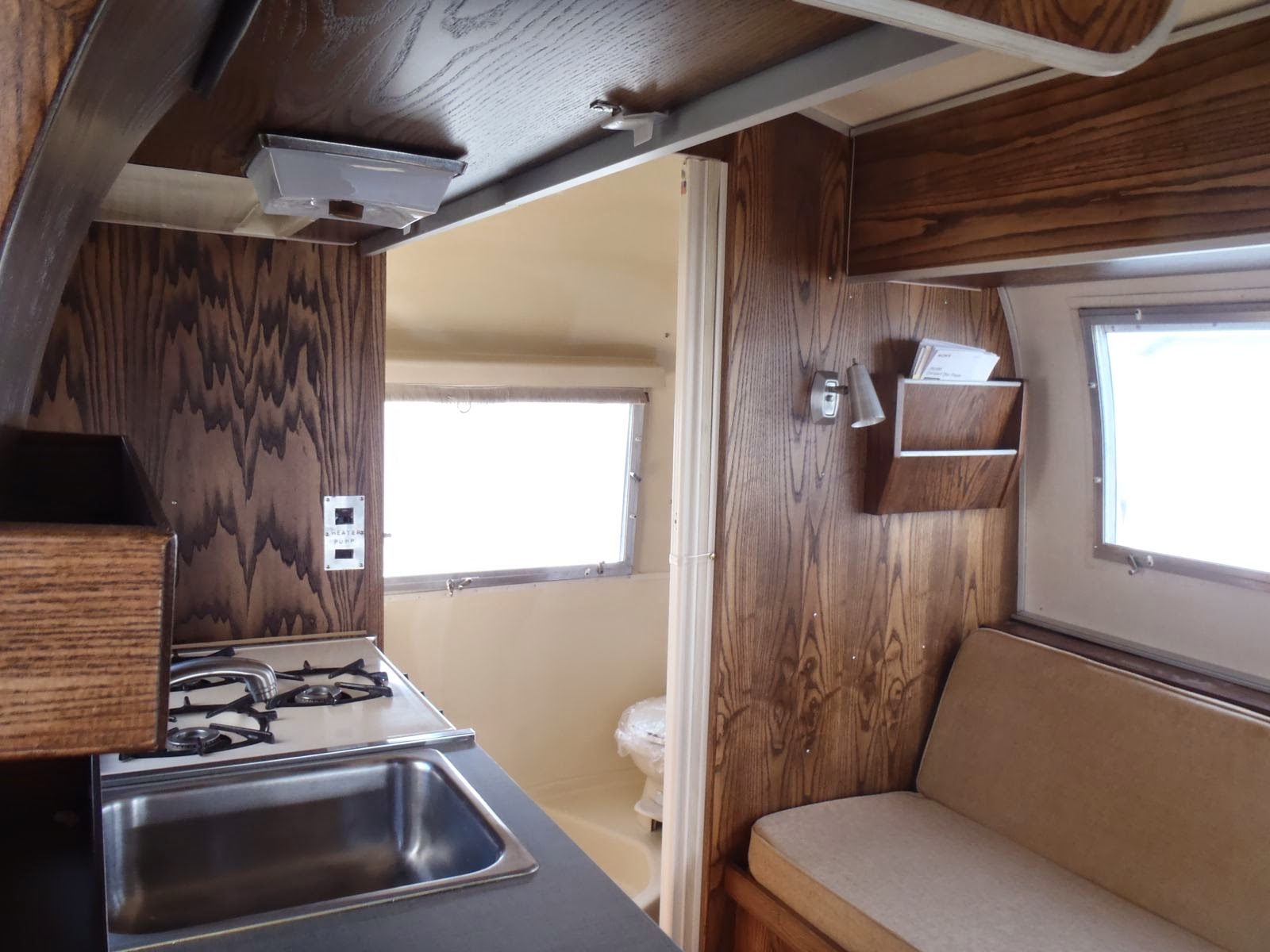 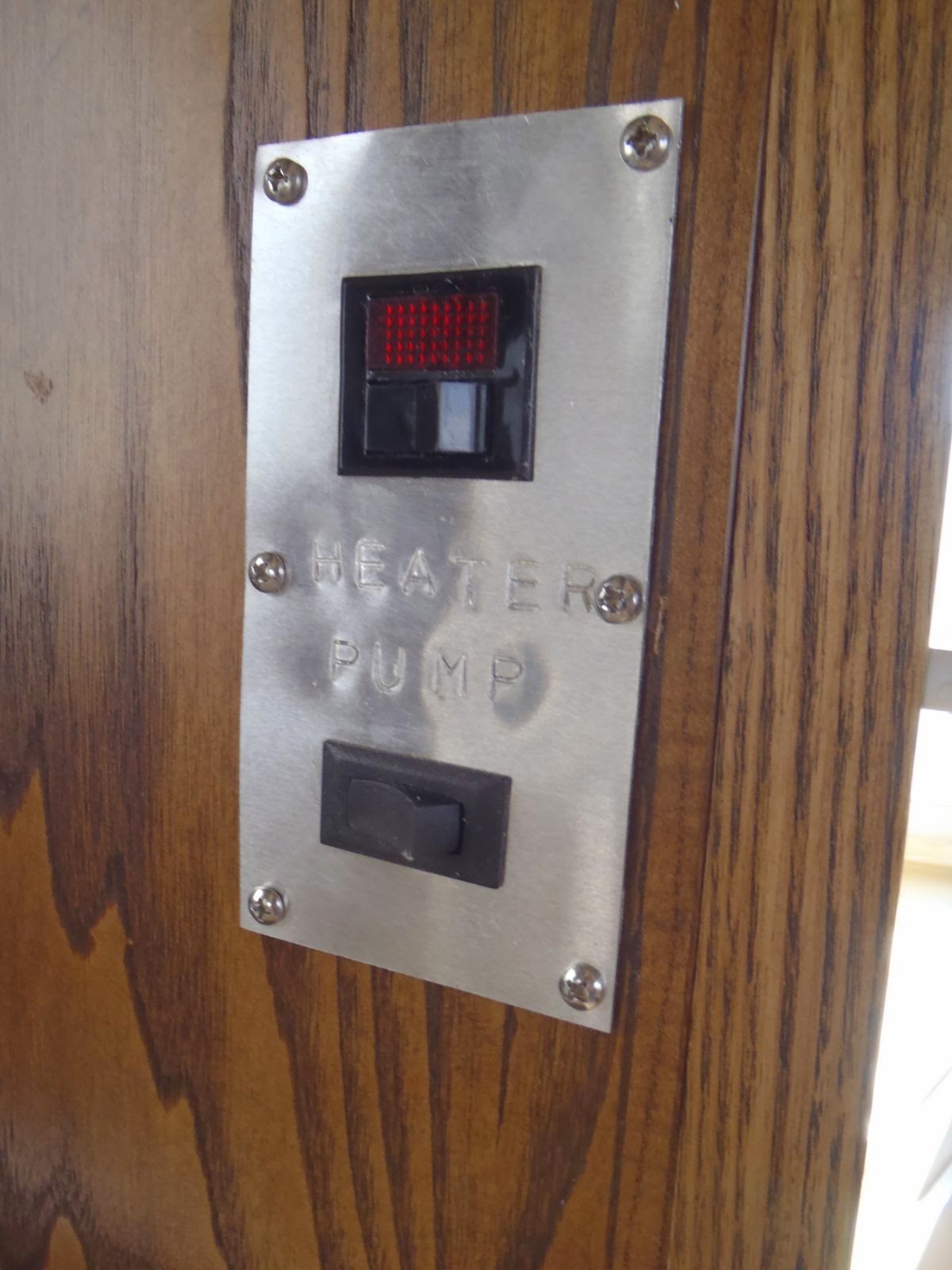 This is a personalized FTW item. You need a switch for the water heater and pump, so why not make it easy to identify what you are turning on? 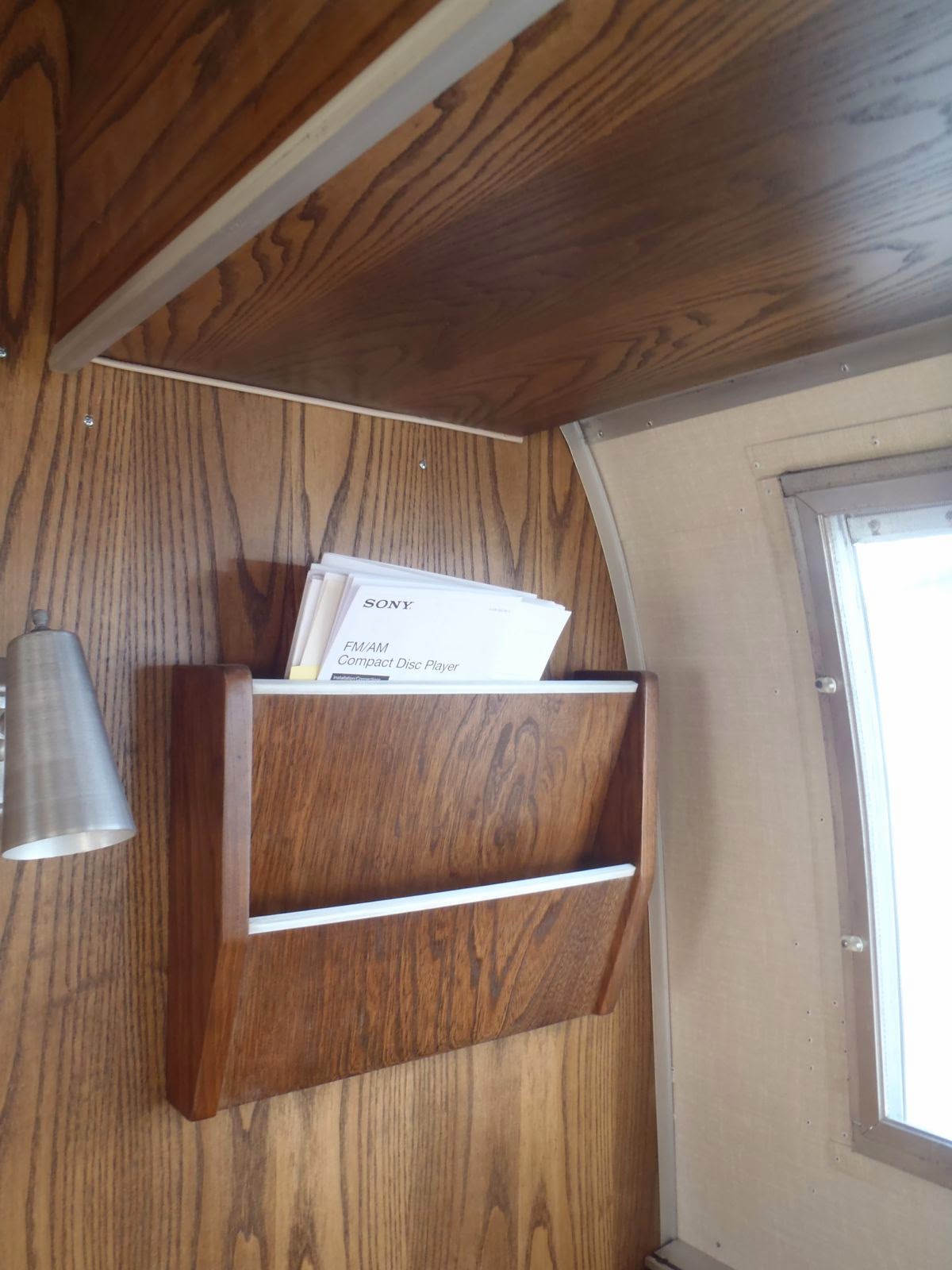 This Caravel did not have it's magazine rack. One was found in another trailer whose owner had added things he probably bought at a rally swap meet. They were period incorrect for a 1953 but the exact fit for 1968. 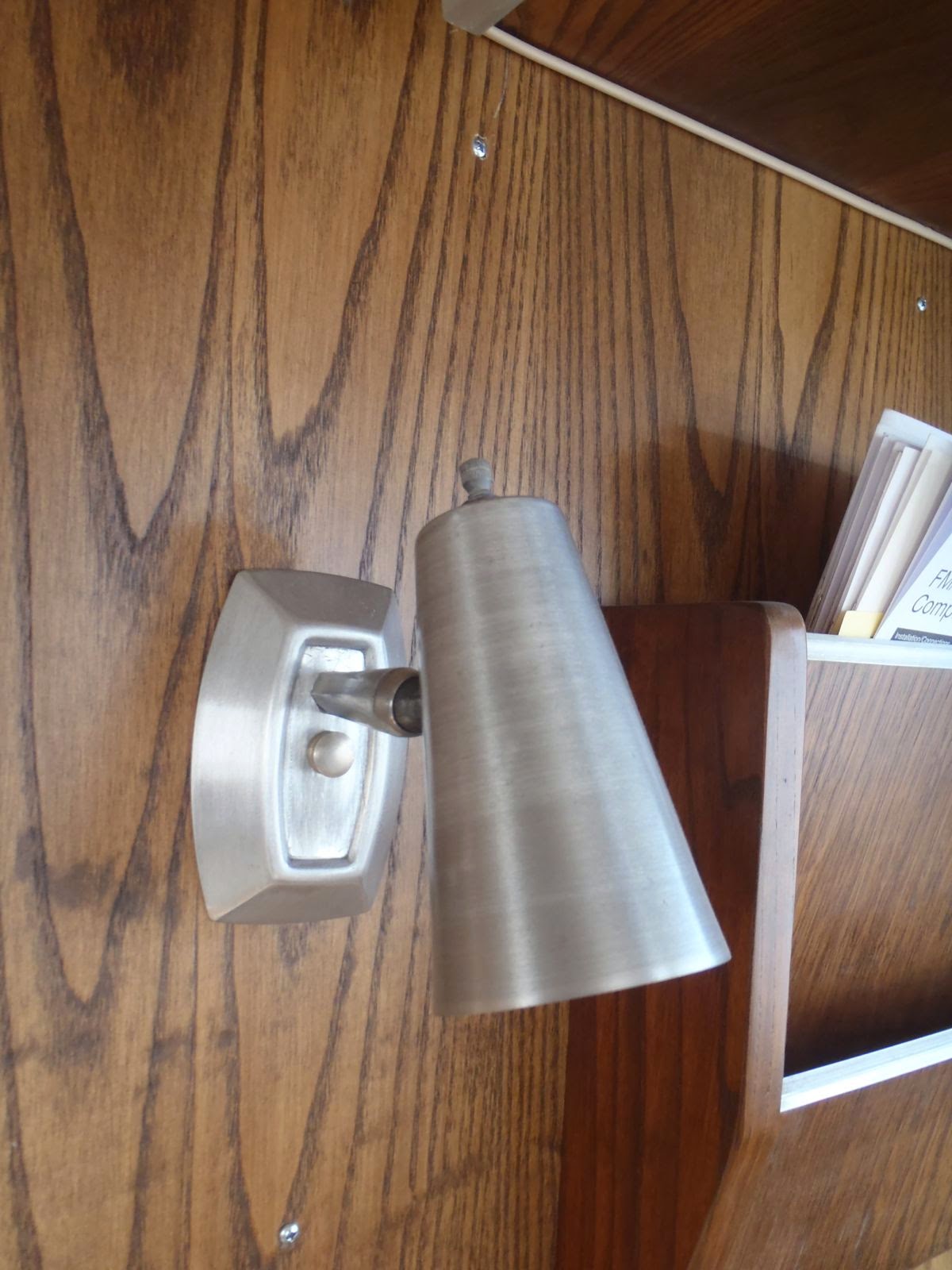 The reading light was broken. The socket popped apart and the wires worn through to bare copper. It now works like brand new. Mike worked some serious magic since these are very hard to find. He even got the brushed metal look back. 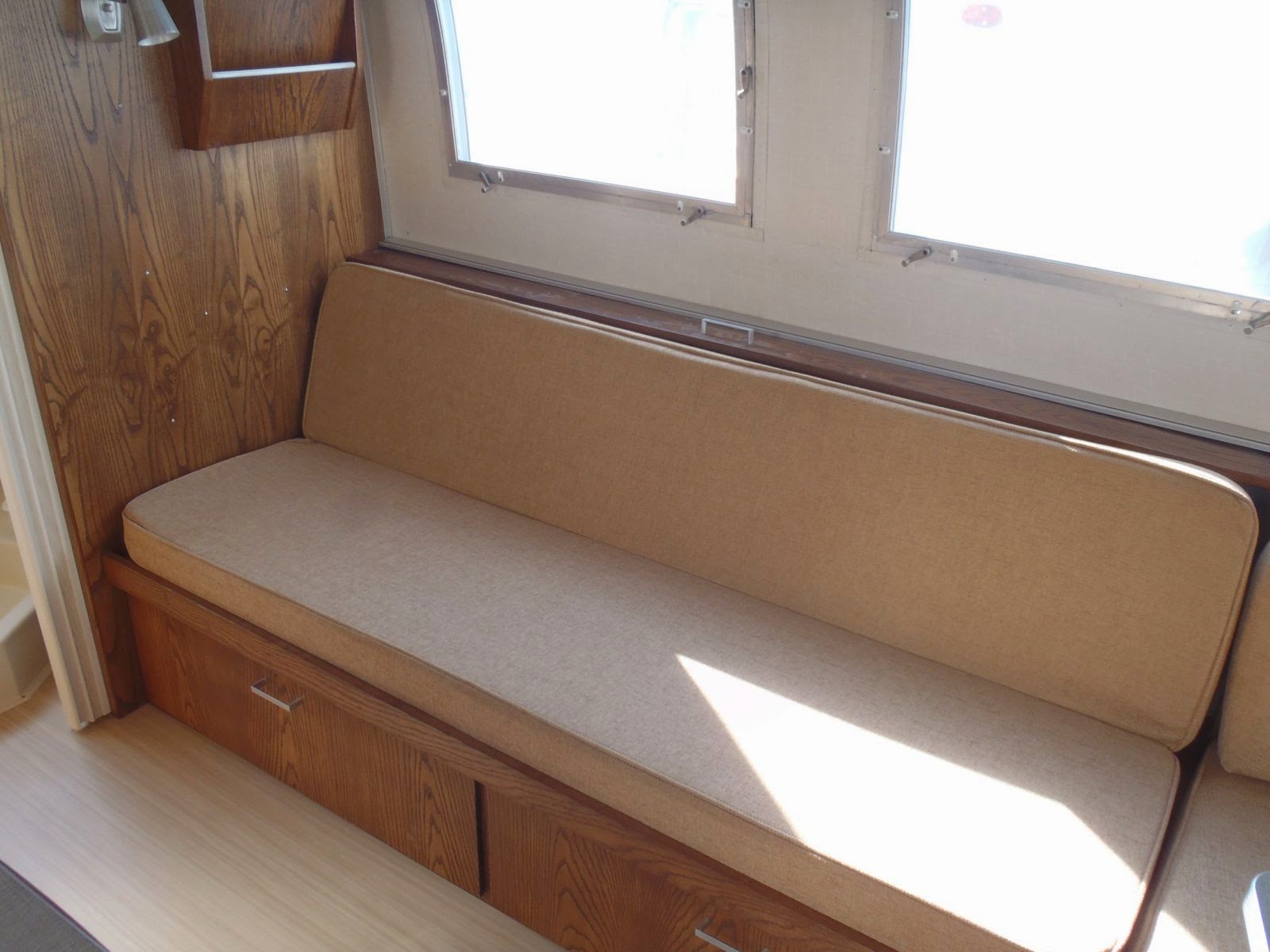 A previous owner had made the side gaucho into a full time couch. We returned it to a gaucho situation again. It pulls out like it should again and makes a double bed. 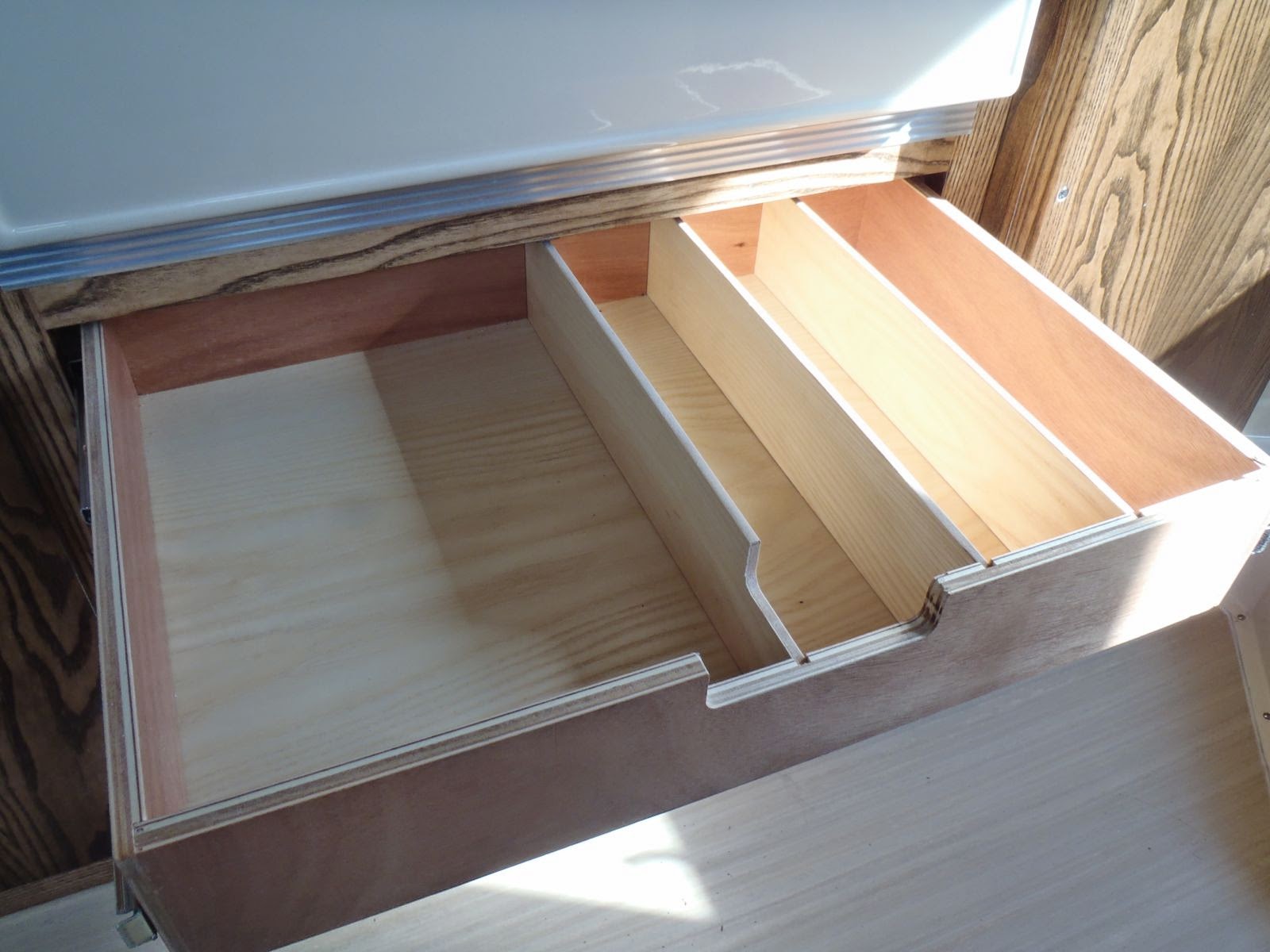 Caravels have one drawer. That drawer is just a shallow plastic tray behind a fold down door. This Caravel has a large pull out drawer with dividers for utensils. 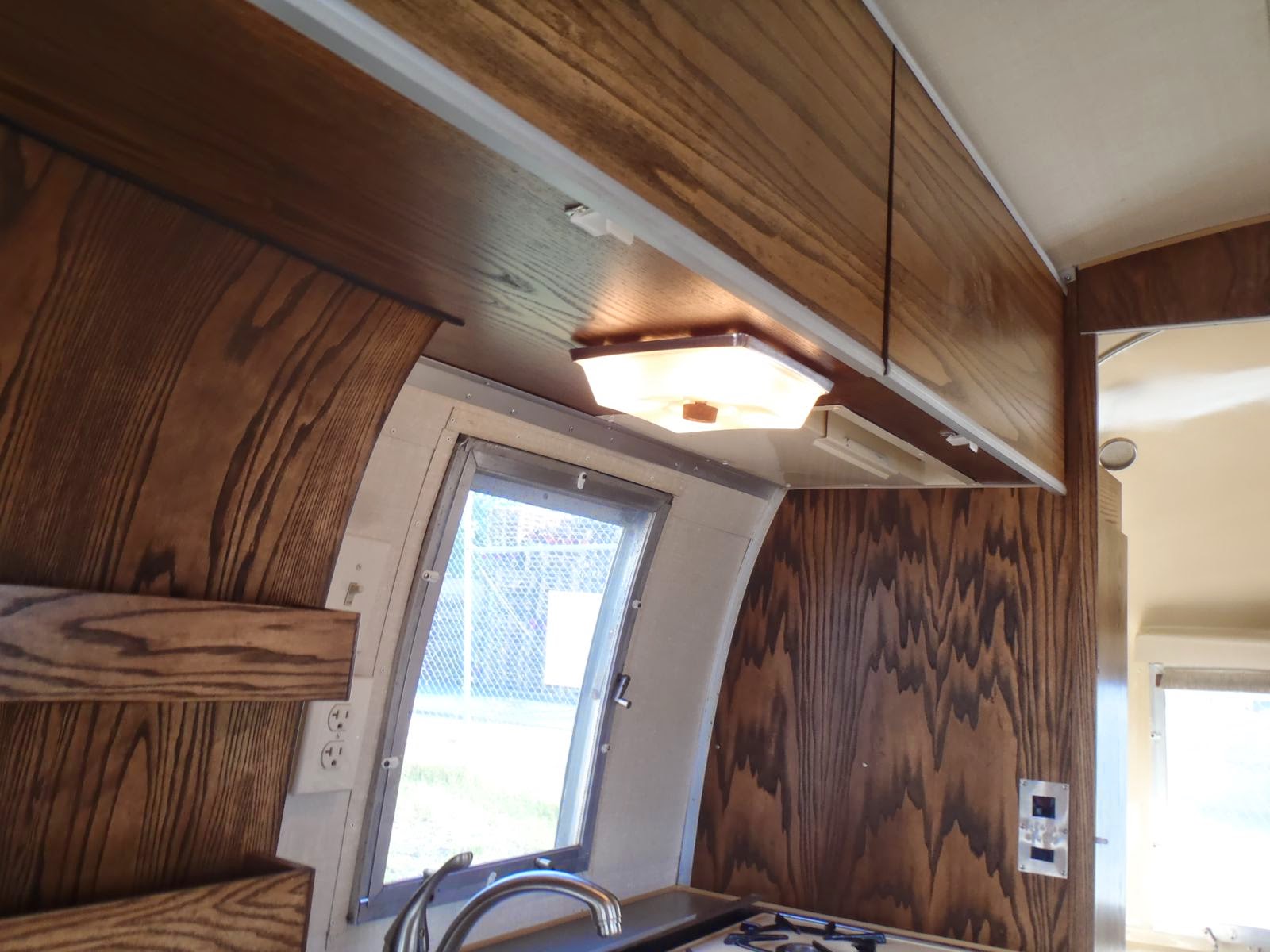 I hope you like what you see. I am very proud of this project.